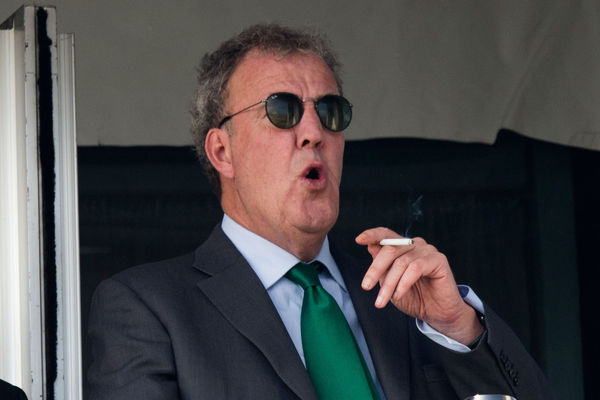 After Jeremy Clarkson was fired from Top Gear for punching a producer in the face, fans of the show panicked. Immediately they all took to their internet podiums and drafted a petition to have their favorite presenter reinstated, over a million fans signed. Because of their efforts, the BBC went back on their decision, and offered Jeremy Clarkson his old position as host of Top Gear but without his cohorts. Jeremy declined the offer. He said too much has happened for him to just forget and return to the programme, even if he would host with his friends. It seems that Clarkson has had issue with the producers and BBC in general for quite a while now. Before being fired, he hosted a charity gala to support youths going into the arts. While hosting, he went into a profanity laced rant. Among other things, Jeremy Clarkson said that Top Gear was a great show until the producers ruined it. By then he was already on thin ice with the BBC so at the gala he auctioned what he said would be his last lap around the world renowned Top Gear Test Track, before he was sacked. It is alleged that one of the reasons he was so erratic was the fact that he just gone through a divorce with his wife. Clarkson was accused of having a mistress as early as 2011. Presumably it eventually ended his marriage. Despite all the controversy, Clarkson’s Star power cannot be denied. He was undoubtedly the most prominent figure in Top Gear, and the show generates more than £42 million a year. The BBC’s car shenanigans show had 350 million weekly viewers making it, the most popular factual show according to the Guinness Book of World Records. Now that Clarkson is leaving, people are speculating whether or not viewership will go down. 2 different ex-Stigs (“A[n anonymous] tame racing driver” who is technically Top Gear’s 4th presenter) have gone or record to oppose each other. One says that the show will successfully reinvent itself like the OO7 series, while the other says that the show would lose its ‘fire’ if Jeremy left. When Clarkson was fired everything was up in the air. What would happen to the 3 extra taped episodes, were James May and Richard Hammond going to continue doing the show without their lovable orangutan, and what would happen with the scheduled live tour? As time progressed all the answers trickled in. The last three episodes would be squished into one long episode that tied all the trio’s loose ends. Jeremy for obvious reasons would not be present for the live taping, but he was still in the pre-filmed videos. Hammond and May hosted what would be their last episode on Top Gear before moving on. The live tour was the first time the trio appeared together since the show’s cancellation. Due to legal reasons, the old name; Top Gear Live was out of the question. Instead the shows went ahead as planned under the highly inventive name Clarkson, Hammond, and May Live. That tour is ongoing. While the trio toured Europe, they were also in negotiations. Honestly, I was hoping to see an HBO version of Top Gear, but upon the news that Netflix was interested I changed my tune. It was rumored that Netflix was going call their version of Top Gear; House of Cars, in homage to their highly successful original series. I was just waiting for that deal to be finalized, when I heard that Amazon Prime was also interested. In the end Amazon shelled out $250 million and gave the guys creative control. The Live tour will end a few days before December, and in 2016, the unnamed new Amazon Prime show will begin airing. Top Gear is going to have a hard time competing against Jeremy Clarkson’s star appeal without his presence.