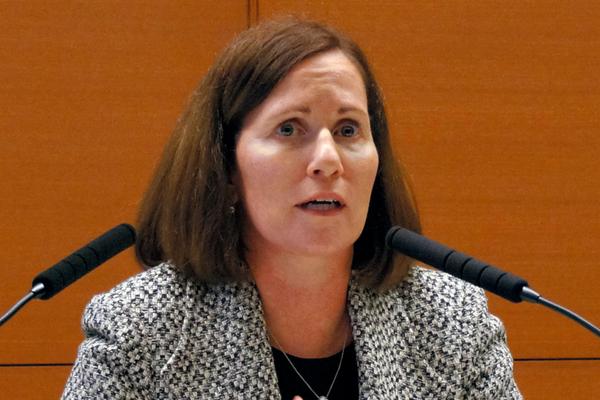 Toyota currently is the biggest automaker in the world. They sell cars in 8 digits every year, and they own the highest selling car of all time, the Corolla. Recently, Toyota had a big push to become more global. It resulted in their newly hired executive, Julie Hamp, being sent to jail; she has subsequently been released and stepped down from her position. The automaker has struggled to keep as diverse as their market. Hamp’s hiring was one of three highly publicized promotions within the company. Two of which were equally public faux pas. Hamp will be detailed later, but the first non-Japanese Vice President had a similarly inauspicious start. French Didier Leroy addressed shareholders in broken Japanese, and it was not even almost found endearing. Thankfully, Toyota’s first African-American Chief Managing General Legal Counsel Officer (those are three different offices he is trailblazing I just merged them into one title), Christopher Reynolds, has no news which is great, because if he’s doing well, no one will notice. Japan is notorious for gender equality issues. They have one of the greatest disparities in the industrialized world, between the sexes in the workplace. Hamp was their effort to quell the criticism. Obviously, that did not work out well for either party. Luckily she got the McCartney treatment and was released after a relatively short stint in the clink. I wonder how much Toyota helped in the entire ordeal, because Paul McCartney was an international superstar, and faced 9 days for a copious abundance of cannabis (almost a pound). While cannabis was inexcusable at the time, a prescription did not even exist yet, that was an ex-Beatle, so you’d think that was a form of leniency. Hamp’s case is similar in that, I assume, no charge is relatively lax punishment, for a ‘no tolerance’ notoriously strict country. She was held for 20 of the 23 possible days to legally hold a person without a charge in Japan. While that sounds harsh, that is nothing compared to their other implementations of drug laws. In bars it is not uncommon for police to walk in and start randomly drug testing patrons. Local athletes have lost their positions that way. And foreigners are not safe with the Chip defense (explicit language warning), 8 percent of drug charges in a small country of 127 million are gaijin. Earlier today Julie Hamp left jail, and was released into US custody, after her stepping down from her brief tenure as Toyota Chief of Communications Officer. The reason I assume Toyota helped, is because the sentencing seems to be a little soft. The details are a bit harder to swallow than her Oxycodone. The story goes, that she was living in a Hotel, while house shopping for her new life as a Toyota Executive. At some point during this 3 month period, she contacted her father and asked her to send her Oxycodone for her knee pain. Mind you, Toyota refused to comment on whether or not she had a prescription… so… yeah. Anyway he sent her a package labeled necklaces. When the package arrived, at the bottom, under lots of stuff, including toy jewelry, were packages of and loose pills (not a prescription pill bottle). Knowing “I didn’t know I couldn’t do that” is not a sufficient defense, that is enough for trial. Others are currently in jail for less. Yet, Julie Hamp gets released from detention with no real jail time, it seems the severance pay at Toyota can be transferred to cover jail time. I am not particularly gung ho about arresting anyone, but the fact she was not is kind of insulting. In the same way Michel Tilmant, not only not being fired or arrested, but continuing to make millions; makes me think there are two different codes of conduct.