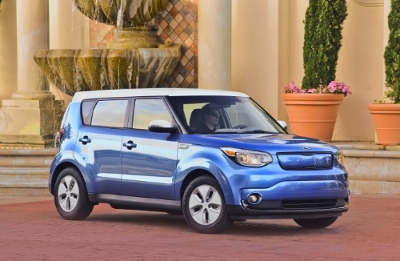 By popular demand, the Kia Soul EV will be sold in five states this summer: Georgia, Hawaii, Oregon, Texas and Washington. Kia’s announcement comes on the heels of the successful launch of the Soul EV in California in late 2014.

According to Kia, customers in these states "expressed significant interest" in the Soul EV. There would appear to be an electric vehicle infrastructure capable of supporting the demand—the five states have a combined total of 1,800 public charging stations.

Select Kia retailers in Texas and the other four states will be able to sell the Soul EV by June, as well as perform repair and maintenance services when necessary.

Kia’s slow expansion of the Soul EV program was part of the automaker’s plan all along, says Orth Hedrick, vice president of product planning at Kia Motors America.

"With the level of demand and supporting infrastructure in the state, California was a natural place to start, but we've been carefully studying other markets," said Hedrick. "Between consumer reaction to the Soul EV and growing infrastructure programs in these five states, this is a logical – and exciting – next step in our rollout plan."

According to Kia, the next phase of the rollout plan could include expanding availability of the Soul EV to other states as well. Wonder if the hamsters featured in this Kia Soul EV spot are working on that project right now:

While you’re waiting for the Soul EV to make its Texas debut, come check out the great new Kia vehicles, as well as a full assortment of new and used car, truck and SUV options, on Auto Publishers!