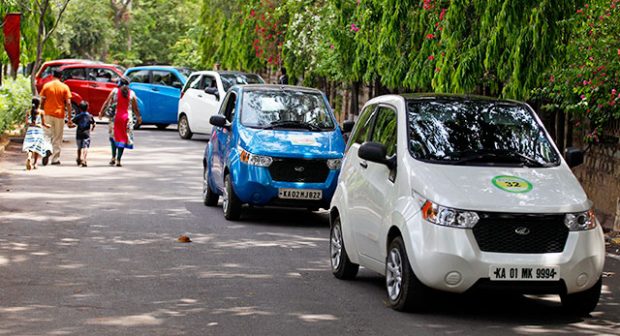 With so much attention fixed firmly on North American and European markets when it comes to electric vehicles, it is not surprising to see other countries beginning to pick up the pace in regards to their own green vehicle options. Recent reports show that many of the world’s automakers are beginning to focus their efforts on creating more affordable electric vehicles for drivers in emerging economies. These could optimize performance and service while creating a powerful competitor to Chinese-made vehicles. However, the process is not without its own pitfalls. Customers have spoken in these areas, and drivers will need to radically reduce their prices to approximately $7,000 in order to better entice buyers while selling enough vehicles to make a positive impact on global emissions.

At India’s latest Auto Expo on the edge of New Delhi, visitors had the opportunity to feast their eyes on 25 electric vehicles on display. Two years ago only a handful of vehicles were available, and through the expanding market, famous names such as Toyota, Hyundai and Kia offered their models for viewing. Those who attended the expo pledged to have many of those same models on the Indian roads in as little as three years. This spells tremendous news for the country, as the opportunity to invest in affordable electric vehicles can help individuals optimize their routine while reducing their long-term carbon footprint.

Currently, studies show that there no more than 10,000 electric cars in the country. A large part of this accessibility gap has been attributed to the relatively high prices of electric vehicles. In order to better optimize systems for their customers, many believe that auto companies should strive to bring down vehicle prices. This is especially true in developing markets, where locals may not have the cash available to go green on the roads. Though many drivers are interested in the concept of an electric vehicle, they have stated that they are not interested in sacrificing performance and reliability in favor of a greener car. Automakers will be expected to bridge the gap if they want to influence greener trends in such countries.

Though the process may be difficult, many are looking forward to seeing automakers step up to meet demands and provide clients with a broader range of electric vehicles for their needs. Fans of all types of electric brands should turn their attention to developing markets in the coming years to see what a difference these companies will make on local roads. Projections show that such decisions in these developing countries may also help influence electric vehicle opinions on a global level, especially at markets in the United States and Europe.