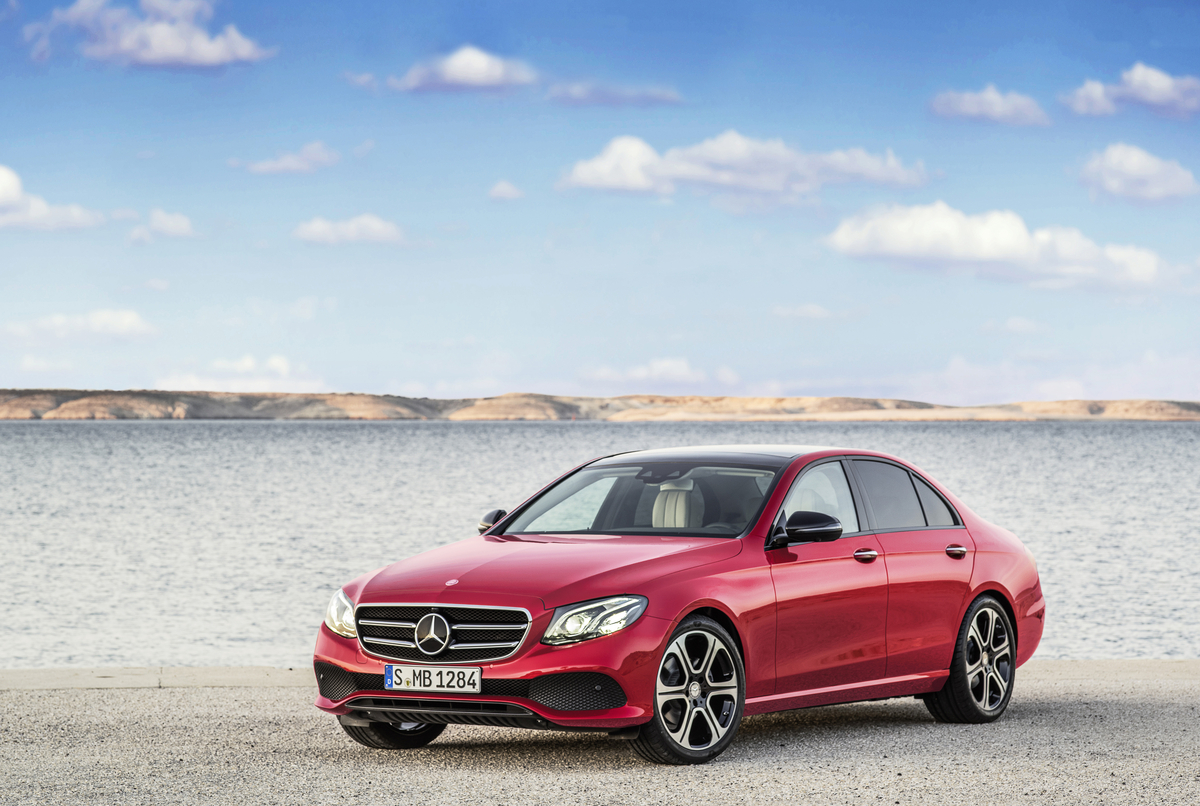 Mercedes-Benz unveiled the 10th generation E-Class sedan at the North American International Auto Show in Detroit. I think it is most visually savory standard car (by that I mean excluding anything with Gullwing and/or an AMG badge (and especially concept cars)) that Daimler AG has ever produced. However, beyond the aesthetic allure, the Mercedes E-Class is spectacular. As a rule of thumb, the big three German automakers can be categorized by the philosophical focus in their cars. BMW is the Ultimate Driving machine, they are driver-centric; the rest falls into a secondary segment of consciousness. Mercedes-Benz is known for the opposite, they are all about an affluent atmosphere for their passengers. Audi; (while technically named after AUtomotive DYnamics) has a detail oriented concentration on balance. They try to find the sweet spot. Blending: dynamic driving in an exceedingly comfortable environment with a neck-snapping allure and practicality. In that regard, it seems Daimler AG is stealing a page from the Audimotive manual. As mentioned before, the 2017 Mercedes E-Class starts with a style promulgated by the 10th generation S-Class. However, despite my preferring coupes to sedans by default, the E-Class wore it better. I find the lights on both ends to be more appealing, but more so the rear stardust tail lights. Mercedes redesigned the new E-Class from headlight to taillight, far beyond mere aesthetics. Daimler AG has made the old E-Class larger, lighter, faster using less power, and superfluously intelligent. Though those improvements will not come cheap, Benz’s E-Class is the currently expensive car in its sector. In tune with the wishes of the market (or more specifically the government), Mercedes has plans to dispatch a more diverse array of powertrains for the driver (rider?) to choose from. Like many of its competitors, the E-Class is keeping their 2 litre 4 cylinder twin-turbo engine on their entry level E300 (Europe has a different entry level engine). Unfortunately, the E300 will be the only variant going on sale in the Summer 2016. However, the E300 is no slouch; it has 241 horsepower and a 273 foot pounds of torque at its disposal. Europeans, will exclusive access to an E200 and E220d in April before Americans get anything. Eventually, they will have three different diesels to choose from. Hopefully, Renault did not make all three. Those who exercise patience may be rewarded, because as time passes Mercedes will introduce more interesting powertrains like an AMG variant. Most impressive, is the first fact that the E-Class will be the midsize luxury sedan to include a plug-in hybrid variation. Though, this is not Mercedes’s first plug-in hybrid (and they have never made any other kind of Hybrid). In 2015 Daimler AG introduced an S-Class plug-in Hybrid; the S550 Hybrid, and in 2016 they are introducing the C350 Hybrid. If they are taken as an example, it seems that the new E-Class will have a near 20 mile all electric range. AMG engines, are always interesting. Mercedes upcoming answer to the M5 will likely be a meat cleaver to BMW’s Scalpel. Bimmer’s M5 only produces 560 horsepower, yet AMG will likely coax more than 600 horsepower from a vicious V8 monster. Though it is almost guaranteed, the muscular Merc will not be as nimble as it’s M powered (and possibly water injected) foes.