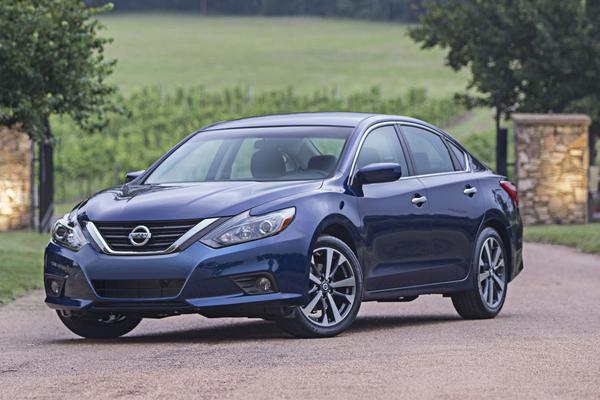 Automaker alliances are common place, but up until recently most have been considered either one sided or unsuccessful; of the few exceptions are Nissan Renault, Fiat Chrysler Automobiles (FCA), and Volkswagen Auto Group (VW AG). All of these have been successful because either because of a lack of autonomy, or an excess of it. FCA Italian-ized (increased aesthetic appeal at the cost of creating classic character-driven cheap cars (think Lancia)) all of its automakers, while VW AG Deutsche-ified (added relentless attention to detail (dulled down in some cases (think Lamborghini))) all part of the a=Anschluss. The Nissan Renault partnership is the opposite; that pairing has each automaker responsible for their own preparations aside from a few shared aspects, however, 2016 might be a source of strife for the coalition. French-Japanese automotive partnership between the two companies has principally been praised for the analogous independence the two companies enjoy. However, the French state threatens to run contrary to this notion. Earlier this year the government upped their stake in Renault to 20 percent. Which is more than automaker’s actual ally Nissan. Despite further financial flexibility, the Japanese colleague has less sway in respect to shares of the company. In this year to date (the first three quarters), Renault has seen a seventh of the revenue that their counterpart has earned: $10.30 billion to $76.37 billion. In spite of the monetary disparity in favor of Nissan, the French confederate has almost 3 times as many shares in their accomplice’s company. Both the Japanese Government and auto manufacturer have expressed concern with the French government’s controlling share of Renault. Even Carlos Ghosn (acting Chief Executive Officer (CEO) of both companies), has been caught off-guard by the audace. In response, the board, has vowed restructure the 16 year old consanguinity so the favor is not so one sided. Nissan only agreed to the ‘dispositions défavorables’ because at the time the company was other wise preparing for bankruptcy, by 2016 they will have billions in Cash Reserves. Now that the initial inconvenience has escaped the equation, it is imperative to adjust accommodations. Nissan has had a stellar year. They are on track to make $100 Billion in revenue by the end of the year, which they now think will yield 10 percent more net profit: $4.4 billion. The company is also introducing new concepts and evolutions. The Altima is attempting to steal some sales from its nation sharing competition, with a mid-generation makeover. Honestly, I am not a fan of the aesthetics of the generation as a whole, even the dishwater dull dressed Camry is (tamely) prettier. However, this is in tune with the whole feel of the Altima (gestalt of its brand) in compared to Honda and Toyota.  While Honda purports itself to be the purveyor of fun cars, and no doubt has had its successes: the S2000, NSX, Prelude, and Integra come to mind. That is peanuts to the company that not only produced but also peddled the JUKE-R NISMO, which now has a second generation concept. The JUKE-R 2.0 is not even the only model prepared by Nissan for 2016 (in fact it isn’t even the only JUKE NISMO (see RSNOW)). The company also created some models that will likely never make showrooms. The Teatro for Dayz, IDS, and the 2020 Vision Gran Turismo seem to be mere proof of perceptions.