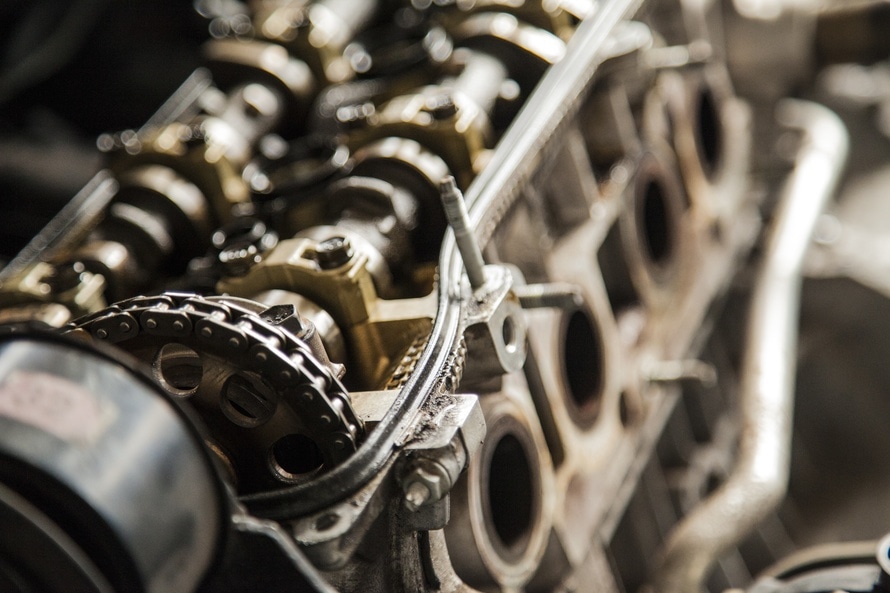 Over the past decade, car makers have been making cars lighter and faster while at the same time keeping them very efficient. For example, Ford recently came out with a 4-cylinder engine in a Mustang for the first time. By adding a turbocharger to the car, they were able to allow it to keep up with the older V6 engines while getting great gas mileage. Other brands such as Mercedes have started doing the same thing. Their new Mercedes C250 and the CLA250 are the first vehicles created by them which can be purchased right around $30,000 brand new and they both come with a 4-cylinder turbocharged engine. Many car makers are moving away from the bulky V6 and V8 engines that used to weigh a lot and also guzzle gas. In 2015, Nissan introduced their new 40kg 400HP engine which was 500 mm tall x 400 mm long x 200 mm wide. That would make it one of the smallest engines to put out so much power. It is a 1.3L compact 3-cylinder engine with a turbocharger connected to it. The engine size itself is small enough to fit into a luggage bag! Weighing under a hundred pounds and producing that much power means that their next line of vehicles will be able to be lighter, faster and much more fuel efficient. Nissan stated it would better than the new engines approved for the FIA Formula 1 World Championship this year. This will allow the company to create a line of vehicles to keep up with other car makers such as Ford and Mercedes when it comes to fuel efficient power. The more that car makers focus on power and efficiency the better it is for consumers. A brand new 350Z cost above $30,000 when they were first introduced. After that came the 370Z, which was lighter and had more power which sold for around the same price. Now in the near future, if Nissan releases their next generation Z with the new engine which they created, it’ll have over 400HP, cost around the same price and be one of the fastest, most affordable sports cars produced. Though many car manufacturers are starting to focus on electric and hybrid self-driving cars, there are still those out there that still love their growling engines and self driven manual transmission cars which they can take around the track. While many advances have been made to create self-driving cars, it is nice to see that the car makers have not forgotten about true car enthusiasts that still want to see new vehicles made for speed and fun.