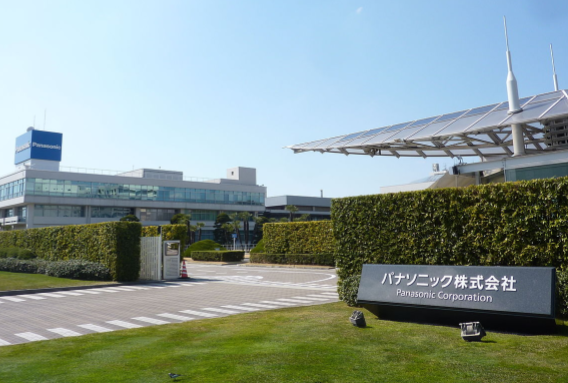 The consumer electronics pioneer Panasonic has its eyes set on a developing a unique type of mobile technology in the form of longer-lasting solar powered cars. Recently Panasonic Corp. announced they would be mass-producing 180-watt solar cells that would be installed on the rooftops of hybrid cars. Their initial photovoltaic module is currently being tested on Toyota’s latest Prius plug-in hybrid, in a test that could revolutionize clean energy in the automotive sector.

The automotive segment is not new to Panasonic; neither is solar rooftop technology. In fact, the Japanese electronics giant currently partners with Elon Musk’s Tesla Inc. in producing batteries for their electric powered cars at the Tesla Gigafactory located outside of Las Vegas, Nevada. Tesla founder Musk recently tweeted that his Model 3 may come equipped with a solar roof. Musk has already developed roof tiles for homes that feature photovoltaics, which is the technology that harnesses electromagnetic radiation from sunlight and converts it into electricity. A growing partnership with Panasonic could see a rapid expansion of rooftop solar panels on consumer cars, trucks and SUV.

With more than 250 million light trucks and cars in operation in the United States and increasing focus on developing zero-emission vehicles, the addition of an efficient, solar powered vehicle could be a game changer in this highly competitive industry. As of April 2017, 1,350 Toyota Prius plug-in equipped vehicles with Panasonic solar panels have been sold in Japan; which represents nearly 10 percent of this year’s sales according to Toyota.

What are the Range Estimates for Solar Rooftop Vehicles?

One of the biggest hurdles in solar rooftop technology is dealing with the reality that the sun does not always shine. Panasonic’s mass-produced solar panels are dependent upon sunlight. As such, the expected distance traveled on a single charge could vary from 2.9 Km to 6.1 Km depending on the weather conditions. Essentially, the addition of the rooftop solar panels is increasing longevity per charge by roughly 10 percent.

This is not the first time Toyota has introduced rooftop solar panels to its hybrid models. In 2009, they used similar panels to power the accessory ventilation system (AC and Heat) of the Prius. This was intended to reduce the consumption of the primary battery. Although this system showed some signs of potential, Toyota determined that it was not a cost-effective solution to improve consumer confidence in the vehicles or provided consumers with value.

The new Panasonic rooftop panels supply electrical power to the main battery itself. This extends the mileage a vehicle can travel on a single charge and reduces consumption of electricity needed to power the vehicle. Panasonic worked with Toyota engineers to develop a rooftop solar panel that would combat common conditions that are unique to automotive applications such as unpredictable shadows, limited space, and constant vibration. The design of these rooftop solar panels ensures the flow of electric current is smooth and consistent.

Testing and continual research and development into creating more efficient solar rooftop panels are expected to continue through 2017, with Panasonic set to expand its product offering to additional makes and models.