Pep Boys Doubles in Stock Value (but not Real Value (yet)) 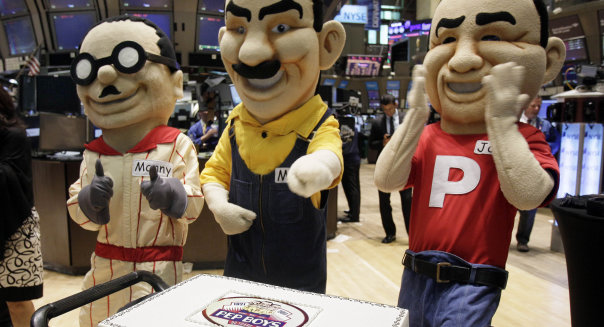 Carl Icahn has been in a bidding war with Bridgestone for a great many months (two of them); regarding the fate of Pep Boys (Manny, Moe and Jack). In October of 2015, Bridgestone proposed to buy Pep Boys for a hefty 15 dollars a share. The Pennsylvania born acquisition target, was trading at only $9.25 per share, a short 5 months (May 19th) before the deal. Today, Pep Boys is trading has ostensibly doubled in value, but that is only by a metric that would excite a consumer (stock price). Barring regular and expected fluctuations, the auto parts and services chain headquartered in Philadelphia, experienced steady stock value growth for most (there was a dip in August) of 2015. However, that has not been the typical case for Pep Boys for the past few years. In 2012, the chain was almost bought by Gores Group. In January of that year, LA-based Private-Equity firm proposed to buy it for $15 a share, however, Pep Boys’ first quarter that year fell short of all projections, thus the acquisition deal was canceled. Gores Group did pay the company $50 million for their troubles. The news of the cancelled deal brought the stock price down by 40 percent (from the about 15 dollars it was at from the proposed Gores Group deal). After the shock of the drop, prices started to steadily increase. This is likely due to the average of a car increasing to about 12 years old, however that was not unique to the Philly Boys, all auto repair chains increased in actual value in that period. Unfortunately, prices started to drop again for Pep Boys in late November of 2013. The rise prior could be attributed to analysts suggesting the company was a good investment before that year’s 3rd quarter, including the Fool. Similarly, the Fool rescinded their recommendation in November. The reasoning was that Manny, Moe and Jack were too focused on DIY (Do-it-Yourself) repairs when the market was leaning towards DIFM (Do-it-for-Me) assistance. In that vein, their repair services increased, but not by enough due to the doubling complexity of automobiles. In that sense, a superficial analysis suggested that Pep Boys was no longer a good investment, so people jumped ship and stock value dropped. The prices steadily decreased from that the peak in November 2013, until the turn of 2015. Unseen to the average consumer, Pep Boys was re-branding and refocusing, primarily on Mobile marketing, and appealing to more women; who took the lead in licensed driver gender. Appealing to women was a more cosmetic endeavor, along with switching to name brand products and training associates to be more knowledgeable and helpful (which is not inherently feminine in any way). In contrast, the mobile accessibility in the form of coupons from Apple Passbook and Google Wallet were invaluable to the company. After mobile integration, business began to increase. Another issue mentioned by Motley was the lack of tire sales. I suppose Pep Boys did not have enough of a selection to suit all their customers needs, or their prices were too high, either way they desperately needed a good source for tires. Enter Bridgestone, they wanted to buy Manny, Moe, and Jack for 15 a share. Carl Icahn did some research and decided that their investment was a good one so decided to counter. Leading into a two months bidding war. Said war culminated into Icahn offering double per stock (than the value of each 7 months prior) and 23 percent more than Bridgestone originally offered. Some might assume that Icahn overpaid, but did he?