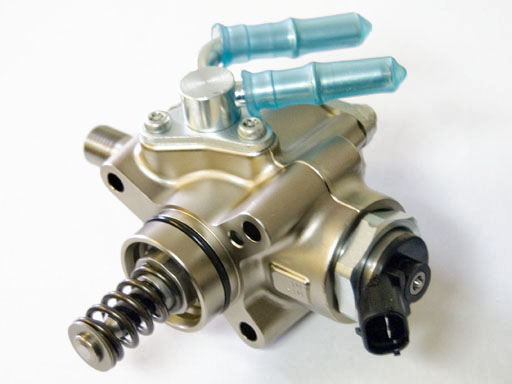 As if Volkswagen hasn’t had enough problems with major mechanical issues in recent years, news was recently released that faulty fuel pumps produced by German-auto parts manufacturer Continental might extend to additional automotive manufacturers according to US automotive regulators. Earlier this year, a massive 450,000-vehicle recall of United States VW, Porsche and Audi branded SUV’s was announced. The recall was due to defective fuel pump flanges produced by Continental, that are subject to cracking, causing a fuel leak and increasing the possibility of fire according to the National Highway Traffic Safety Administration (NHTSA).

A United States spokesperson for Continental; Mary Arraf, recently stated that the faulty parts were made from the same type of industry-standard plastic called polyoxymethylen-copolymer. She said, “In the recalled vehicles, the material can break down due to environmental factors and exposure to acids in cleaning solutions, and that the risk of a crack can also be affected by where the part is installed in a vehicle.”

Dave Sullivan, who is an analyst with AutoPacific Inc.; an automotive consultancy firm stated that it’s a bit premature to estimate how many additional vehicles will fall under the existing Continental Fuel Pump recall. However, this is an example how the manufacturing of one component can create a ripple effect that can spread quickly. "That's kind of what the story of the whole auto industry is," Sullivan said. "Consolidation has happened and there's a race for cheaper parts that are shared across more vehicles."

The spokesperson from Continental stated that the company is in direct communication with all of the potentially impacted customers and has not yet experienced any problems with these fuel pump flanges leaking other than those experienced with VW, Audi and Porsche models directly impacted by the 450,000-vehicle recall.