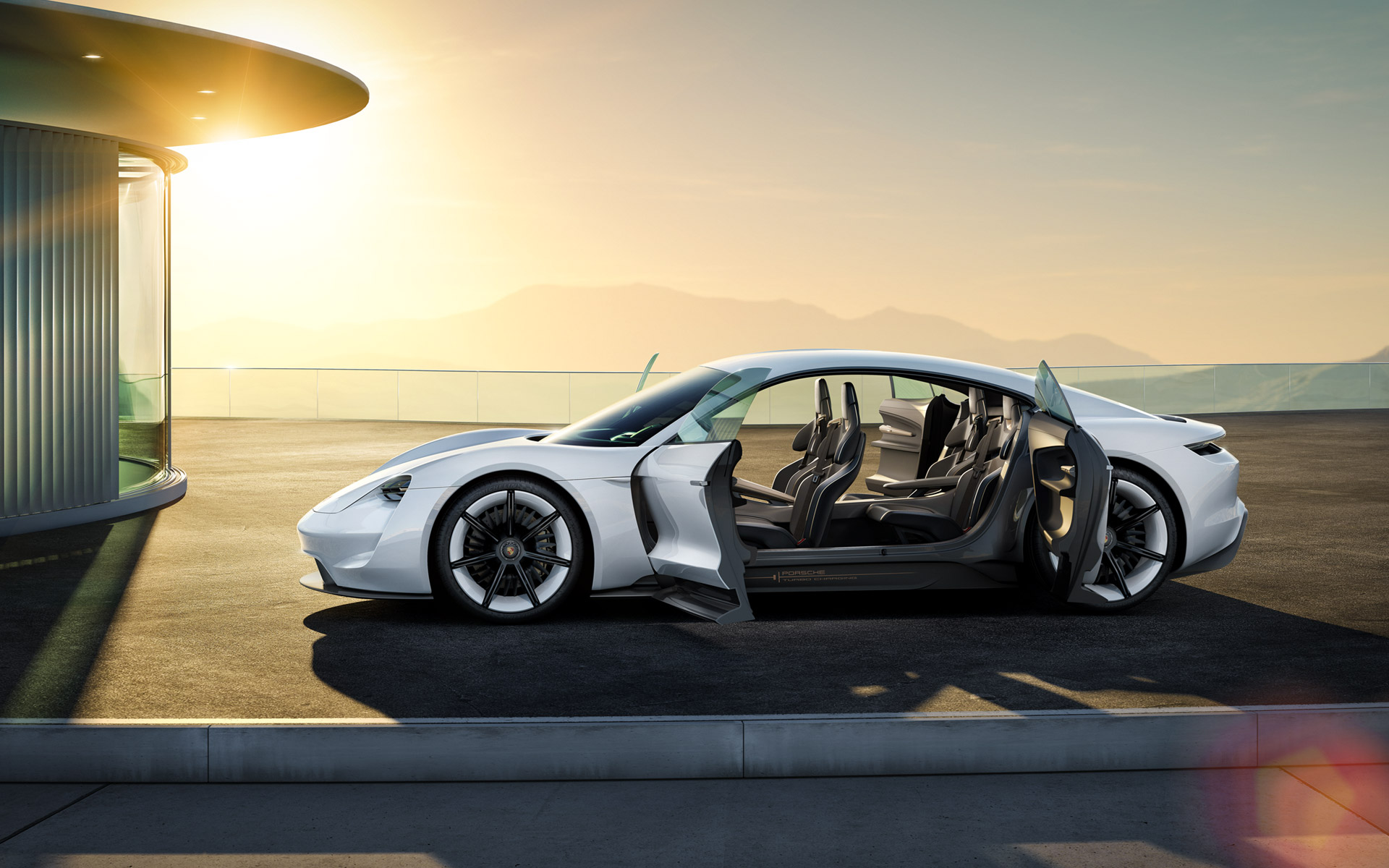 At the end of 2019, Porsche plans on releasing their all electric car known as the Mission E. The car will retail for about $80,000 to $85,000 in the US. The car is Porsche’s first fully electric vehicle. The concept for the car was revealed in 2015 but during this year, the car finally entered the last stages of development. The public prototype tests are expected to commence soon.

Porsche has not released too much information on this car. They are still keeping it under a curtain of secrecy. However, there are a few things that we do know.

The car is going to have a simplistic modern design except for the fact that the prototypes don’t really have a grill, and the headlights are not noticeable until you turn the headlights on. The exterior of the car is elegant and Porsche promises that the cabin will be one of the technologically advanced cabins a car can have. The original concept had seats that looked like they came straight from a spaceship. It’ll be interesting to see what the interior is going to look like once it hits the market. Rumors that are going around say that the production model will borrow a lot from the original concept model, as well as borrowing features from other models Porsche makes. As of now, publicity images released of the car are not indicative of what the car will look like once it’s released.

The Mission E has about 590 horsepower and the mile range on one charge is 310 miles. The car also has the ability to go from 0-60 mph in 3.5 seconds. Many people still subscribe to the thinking that electric cars are slow or not as good as gas powered vehicles, but this is going to be a very powerful sports car that will break all stereotypes of electric cars.

Production of the car will take place at the Stuttgart manufacturing facility in Germany. Porsche is currently in the process of hiring 1,400 people to help build and further develop the Mission E. About 100 out of the 1,400 new hires will be production planners and IT specialists to help plan out all the logistics and to help further the technology required to make the car. Porsche will also be hiring apprentices who are looking to get their start in auto manufacturing. The company plans on investing close to $825 million into the Weissach development center where the engineering of the Mission E will take place.

While the pricing of the Mission E is higher than that of Tesla’s current line-up, many are speculating that Porsche will come out to be a direct competitor of Tesla’s. Both are aiming to make stylish electric cars with an aura of luxury. Currently, the direct competition from Tesla is the Model S that retails for $69,500.

Porsche’s Mission E is the company’s first step in joining the electric revolution. From here on out, it will be exciting to see what the luxury car company comes out with next in regard to making electric vehicles. We do know that Porsche’s future electric cars will have the style, luxury, and aesthetics that Porsche is known for.