Range Rover Goes Hybrid: Some Details on the New Model 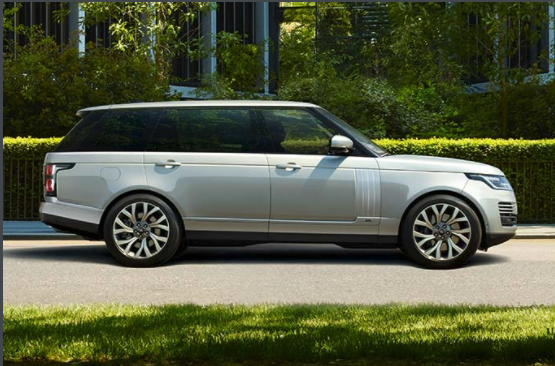 One of the most unlikely cars to go hybrid is going hybrid. Starting in 2018, the Range Rover is going to be a hybrid plug-in. The car will still be sturdy and will still have the off-road capabilities that it is known for.

Range Rover being a hybrid plug-in means that the car can be powered by electricity or by gas. The Range Rover will operate in two modes, the gasoline mode and the electricity mode that is powered by a lithium ion battery. Land Rover has not released many specs on the car’s gasoline mode performance. However, we do know if the car is in fully electric mode, the vehicle will have a range of 31 miles. Now this is a low range compared to the 150 to 300 mile ranges other models promise, but those models are not nearly as big or sturdy as the Range Rover and they do not have the off-road capabilities that Range Rover has. For Range Rover’s electric only mode, a lot of the power is naturally going to go towards keeping the vehicle running overall. While the electric only mode is not the best for long car trips, it is great for a normal commute to work. You can simply go to work using the electric only mode, charge the car in the parking garage, and then use the electric only mode again to go home. Spending money on gas for commuting will be a thing of the past.

The hybrid technology for Range Rover was developed in house. The hybrid version does not have any major aesthetic differences from the usual versions of the car. The way a customer would know that the car has electric capabilities would be from the charging port and badges that indicate that the vehicle is hybrid.

Along with going hybrid, the new Range Rover also has a slew of some pretty neat features. The car comes equipped with two ten-inch touch screens situated near the driver. The top touch screen is for entertainment purposes while the bottom touch screen can be used to maintain or change the car’s settings, such as temperature or seat setting. This is called the Touch Pro Duo. The car also comes equipped with a rear seat entertainment system in the form of 10.2 inch HD touchscreens. Passengers will be able to enjoy their own entertainment options. If you want even more ways to be entertained on long car rides, the vehicle also comes with a 4G wireless hotspot that can support up to 8 devices! The vehicle also comes with four USB outlets so that you can charge your devices no matter where you are. Another handy feature the car comes with is a smart phone app that allows you to control the settings of your car via your smart phone. From your phone, you can control the internal settings of the car, as well as lock and unlock it.

The journey to more environmentally sustainable cars is something to be excited about. Before, a lot of the models that were making the hybrid switch were mostly small sedans or coupes. Vehicles that were usually associated with gas guzzling and outdoor adventures will be released in hybrid and electric form. Consumers can now have their big adventurous cars and not have to worry about causing harm to the environment.