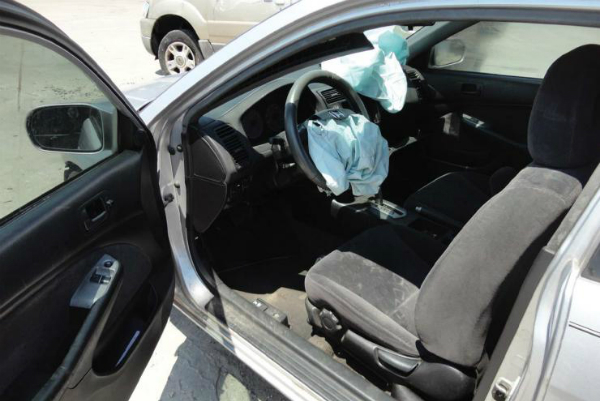 Takata Corporation is still in the headlines for a record breaking recall. The company that specializes in auto safety is in hot water, surrounding the fact that hot water is causing their airbags to turn into claymores. Their only recourse is the massive recall already in motion, but Takata Corporation is still scrambling to fix their underlying issues. Humidity is exploiting inflators that are not airtight within the airbags. That sounds like a problem, but not a claymore, and normally it would not be. If Takata used Sodium Azide, Potassium Nitrate, Ammonium Perchlorate, or any of 13 propellants used by Island Pyrochemical Industries (the only company that appears on google’s front page when searching “propellant for airbags”), the controversy would be non-existent. Using a different propellant, either the inflators would still work as advertised, or they would not. In a worst case scenario (for the hypothetical, the truth is far worse), the airbags completely malfunction and drivers get whiplash from the same company’s quick lock seatbelts in the event of an accident. The remedy would be more elementary than the current approach. A public acknowledgement of wrongdoing, redesign, and recall the affected vehicles; that recourse ends with Takata Corporation as champions of their Mission Statement. However, the Japanese auto safety specialists, were looking to cut costs with an unproven new chemical, Ammonium Nitrate. There is nothing inherently wrong with cutting costs. And innovation is great, but when your unproven product, is first proving to be a problem, that’s when action needs to be taken. Takata Corporation had red flags from private inspectors as far back as 2004, but not a single step was taken until the problem was in the limelight. Now a record number of recalls are recorded, without redress. At least two inspectors have gone on record to say that they told Takata in the early years of the new millennium, yet today not even a Plan B is in place. Restitution could be argued in that the faulty inflators are being replaced… but at least 10 percent are just new faulty inflators, that is the best and only idea they have apparently. Even the postponing peril approach is hitting speedbumps. The people on the recall list might have to wait months after scheduling an appointment with their respective dealers, before seeing a temporary fix. That is troubling given that they might have to add an official 7th death to the tally. I am no expert, but with a 10 second Google search I found out there are over a dozen replacement chemicals. Would it not make more sense to just get the companies in bed with the safety specialist to foot the initial bill for a posh but proven propellant? In return, the consumers get peace of mind and the automakers receive “thanks for saving my bacon” discounts on future transactions. Honda is already paying over 350 million to help. Either way the recall needs an effective form of recourse, not simply replacing the defective items with ones that might still need replacing (literally) down the road, Takata Corporation already makes those, they’re just more expensive.