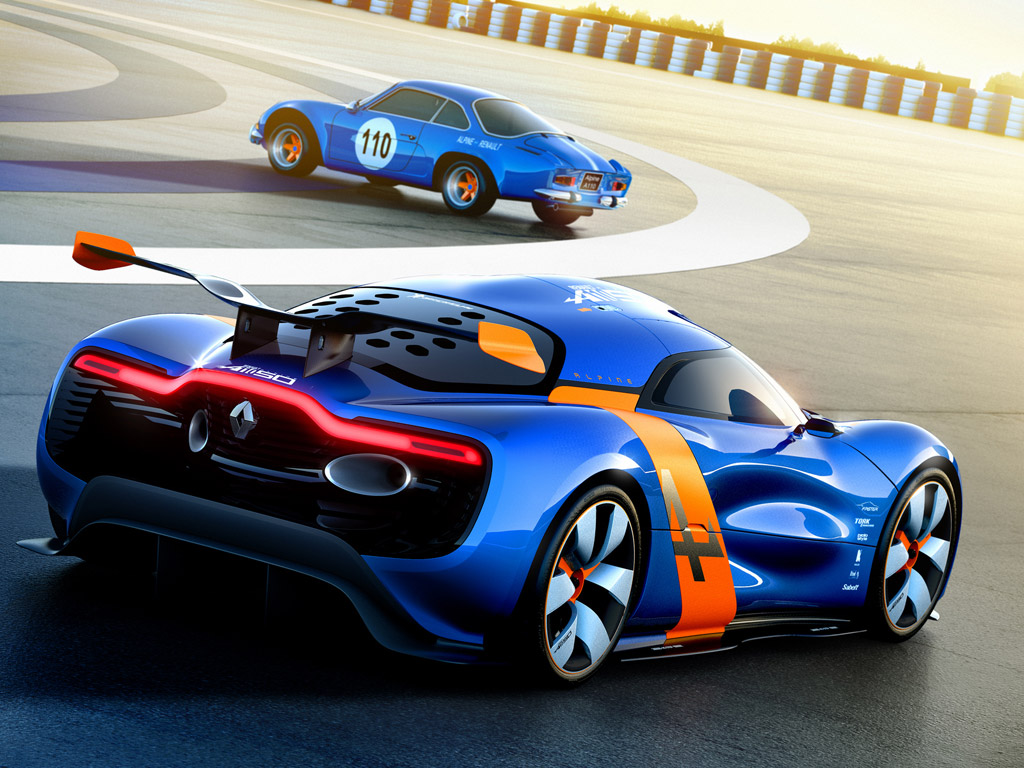 Renault is not a name that Americans hear very often, they are more well known for their work in Europe. The French company may not be a household name, but it often masquerades in others’ clothing. The Nissan Renault alliance is the Fourth Largest Automaker behind General Motors (GM), unfortunately they have not safely raided the US shores. I like French cars for the same reason I love Italian ones, those that make them are focused on the photo op. Apparently, in the Mediterranean, cars are designed to be works of art, whether or not they are fervently functional full time is irrelevant. In fact, I would buy a hit or miss and still unconfirmed Alfa Romeo 6C, or street illegal Renault Alpine over a flawlessly safe and reliable Audi A7 any day. Because, there is a point at which an artisan becomes an artist, and their toils no longer produce objects, but something much more meaningful. For example, if Bernini had designed my dining room; I probably would not ever be able to eat in that room, and in that sense it would not be an ineffective dining room. But, every time I saw it; it would fill me full of moxie. That was made by a human being. All it took was a crew of workers and a vision. Even if your beautiful Alfa Romeo or Renault is raided by mechanical issues every other drive; it would only be a momentary inconvenience. You would know the risks of ownership, so the mechanic you keep on retainer, will be there right after your Lyft. At that point you would probably still be rather annoyed, but when the driver asks: “is that your car?!” You get to smile and reaffirm its aesthetic value through his or her excitement. Regrettably, neither of the two companies have ever been renowned for their reliability, or their ability to abide by stringent guidelines. That is actually why Renault has never attempted to break into the US Market, they tend to dedicate themselves to diesels, but their cars would never meet the American emissions standards. In fact, they made the headlines on the 7th of January for that exact reason. After Volkswagen’s emissions scandal, all the national enforcers of the Euro 6 emissions standards went into overdrive. Volkswagen was the whale in the scandal, but there were quite a few tuna swimming in its wake. Ideally, the following reports would have stirred just as many emotions as the VW AG case did, and served to demonstrate how widespread the problem is. In Europe 9 out of Ten cars did not pass emissions testing. Mercedes, Mazda, Mitsubishi and Honda were all between 1.3 and 6 times higher than the allotted emissions limit (deemed safe); on average. The difference is they did not cover their tracks like the rogue engineers at Volkswagen, they just lied. I know this is callous, but the fact that the nefarious VW AG engineers actually installed a cheat device on their cars; somehow makes their actions less unforgivable. Because, if everyone was dishonest, at least VW AG did not cut any corners. Everyone else merely stated untruths (it’s almost patronizing), Volkswagen schemed and fabricated, to prevaricate. They lied best, and they’ll get (and deserve) the most massive mulct, but being the best is still some sort of cool… right? Renault headquarters in France was raided because there were rumors going around that they too installed cheating devices on their cars. Lucky for them, they did not, but they are still emitting. Things are gloomy when the best defense now is, at least we’re not Volkswagen, they actually tried. Though, despite being less inclined due to their lazy lies, I will still forgive Renault, because they continue to construct Automotive Art.