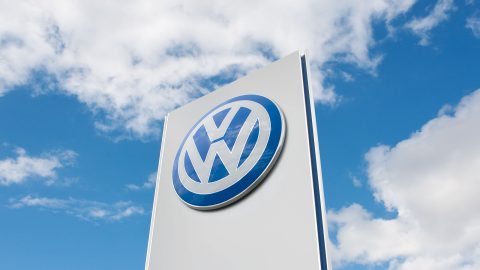 A senior U.S. sales manager has resigned from Volkswagen’s North America operations. The sales manager left the company soon after the automaker’s deliveries in the second-biggest auto market took a steep drop.

Ron Stach, Volkswagen’s senior vice president of sales, stepped down on January 4. Stach had been with the company’s North America division since 2006. In the past, he worked for Mazda. VW confirmed that its sales in the United States increased by 5.2 percent to 339,676 vehicles last year. But, in December, the car company’s numbers dropped by 19 percent when its sedan and hatchback sales took a dive.

Stach didn’t hold this position at Volkswagen for long. He started the job less than two years ago on March 2, 2016. At the time, Stach replaced Mark Barnes who accepted the job of COO of Bentley of the Americas. Derrick Hatami, VW’s executive vice president of sales and marketing, will be the temporary replacement.

Following the 2016 diesel emissions scandal, the carmaker found itself on shaky ground in the United States. After Volkswagen admitted that it took advantage of illegal software to cheat emissions tests, the car company faced a federal investigation in addition to lawsuits from both dealers and customers. Because of this, many American car buyers refused to consider purchasing a VW vehicle.

One dealership owner, Mr. Williams, said, “we literally had weeks when no one came in looking to buy – nobody.” By last October, the carmaker seemed to be on its way to redeeming itself when sales rose by 12 percent. But the growth in sales was short lived. In November, sales decreased by 1.6 percent, and then, they took their big hit in December.

Volkswagen recently announced that it is bringing a new SUV to the U.S. auto market in 2018. If the launch had been a bit sooner, Stach’s job could have possibly been saved due to the buzz surrounding the new vehicle.

The 2018 Volkswagen Atlas has a number one ranking in the category of midsize SUVs. According to the initial reviews, the vehicle is a good size for most car buyers due to the number of people it can seat and its cargo area. Along with this, the Atlas’s infotainment system is user-friendly and the vehicle handles like a smaller vehicle, making it fun to drive. The SUV is affordable, and a variety of trim levels are available. With comfort features that range from heated seats to an abundance of head room, VW’s new SUV offers car buyers value.

With Stach leaving the company, it appears that higher-ups may think that he has something to do with the numbers drop. Stach has yet to comment on the situation. Volkswagen's spokespeople have also been quiet about Stach’s resignation.