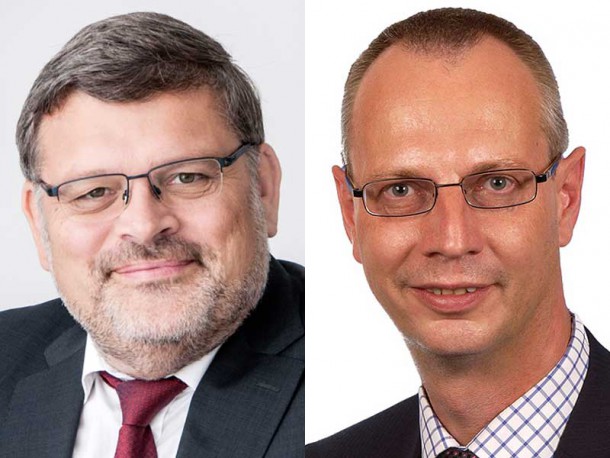 Yesterday on Auto Publishers, I wrote about Volkswagen’s attempts to compensate U.S. diesel vehicle owners. As you’ll recall from reading that piece (or by clicking the link above), lead counsel Kenneth Feinberg has thus far been thwarted in his efforts as the VW board accounts for the monetary damage caused by its emissions scandal. If nothing else, VW will have one less high-priced salary to account for going forward. According to an Automotive News report, Frank Tuch (pictured, right) is resigning as Volkswagen’s head of quality control after six years at that post. Tuch was suspended by VW shortly after the emissions scandal broke, although it’s still not clear what role (if any) he may have played in it. He will be replaced as head of quality control effective February 15. Tuch elected to leave Volkswagen in order to pursue “new challenges elsewhere,” as per Automotive News. With that said, he will apparently stay on in an advisory role. Of course, we may never know whether Tuch left voluntarily or was “encouraged” to resign in order to save face. Industry veteran Hans-Joachim Rothenpieler (pictured, left) has been tapped to replace Tuch. The adjustment period for Rothenpieler in the position shouldn’t be a long one—after all, he was Tuch’s immediate predecessor as quality control head. Previously, Rothenpieler served as a Board Member for Technical Development at Volkswagen since July 2014 and has been with the company in other capacities since 1986. Rothenpieler will report to VW CEO Matthias Mueller as the company rejiggers its leadership structure. Appointing a new quality control chief may give off the appearance of change, but hiring the man who preceded Tuch as his successor doesn’t assuage those who believe that VW’s institutional inertia is a key reason why the company got embroiled in its emissions mess in the first place. Outside observers have long been critical of Volkswagen’s unusual ownership structure. Despite owning a relatively meager 31.5 percent of Volkswagen’s equity, the two families hold a little over half of the voting rights. As a result, VW leadership is perceived within the industry as provincial and slow to react to its emissions-cheating crisis. This may help explain why Volkswagen still haven’t compensated the roughly 600,000 owners of VW 2.0-liter diesel models and delayed its 2015 results report. In short, while Volkswagen may be shuffling the deck chairs on the Titanic, it appears that the ship is still sinking. Maybe throwing a few more execs overboard will help VW’s public perception, but it appears from here that more drastic steps will have to be taken before they regain the confidence of the global car buying public. Image Credit: The Truth About Cars