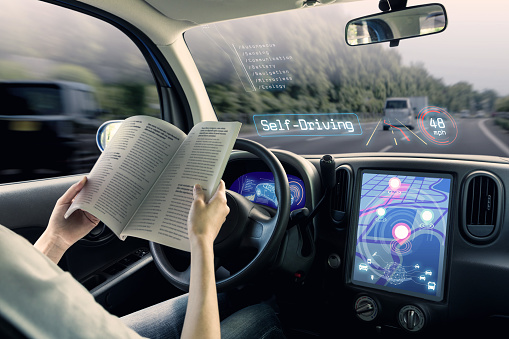 With the help of the global leader in smartphone manufacturing, a small startup company in Silicon Valley is getting a boost. Samsung is collaborating with the startup company Renovo Auto. Renovo has created a type of operating system that combines and manages the necessary software for shared self-driving cars that are within the same commercial fleet. Together these two companies will test, develop, and deploy an entire commercial line of autonomous taxis.

The operating system that is being developed by Renovo Auto is similar to the on-demand cloud platform of Amazon or of Google Android. Just like the Android system provides a venue for app developers to launch their offerings in the marketplace of smartphones, Renevo Auto has created a software intermediary, also known as an API, that other companies can utilize to combine all of their information in one place.

A benefit of AWare, Renovo Auto’s operating system is that not only does it bring the pieces of several different software programs together but it also does this without putting security at risk. AWare will help vehicles process large amounts of data, uphold cybersecurity, and manage communications.

CEO Chris Heiser of Renovo Auto shared that Renovo Auto’s ultimate goal is to work across many different vehicle platforms and to have the type of software that automakers desire to put on a vehicle. With AWare you don’t have to manage where your software goes, manager its daily cycle, or data orchestration. AWare performs all of this for you.

The teaming of Renovo Auto puts Samsung in the larger autonomous vehicle race, in addition to Samsung’s open approach to this challenge. We already know that Samsung wants to be in the business of automotive and connected car technologies. Harman International was purchased by Samsung in November of 2016 for $8 billion. This move put this South Korean electronics company a leg up in the connected technologies industry.

Samsung’s intentions were made clearer in September of 2017 when President Young Sohn explained that there would be a new strategic business unit and that automotive startups and autonomous driving technology would have $300 million in funding to invest.

Renovo has been quietly operating since 2010. In 2014, they introduced their Renovo Coupe. This was an electric two-seater vehicle. Renovo Auto went on to working with researchers from Stanford University in 2015 on self-driving algorithms. Renovo’s focus was on the drivetrain, safety-critical systems, and platform.

Both Renovo Auto and Samsung can legally test self-driving vehicles on California roads. They have been collaborating together since the beginning of 2017 and AWare is in Samsung’s current test vehicles. Investors for this collaboration include True Ventures, Verizon, Menlo Ventures, Social Capital, and Synapse Partners.