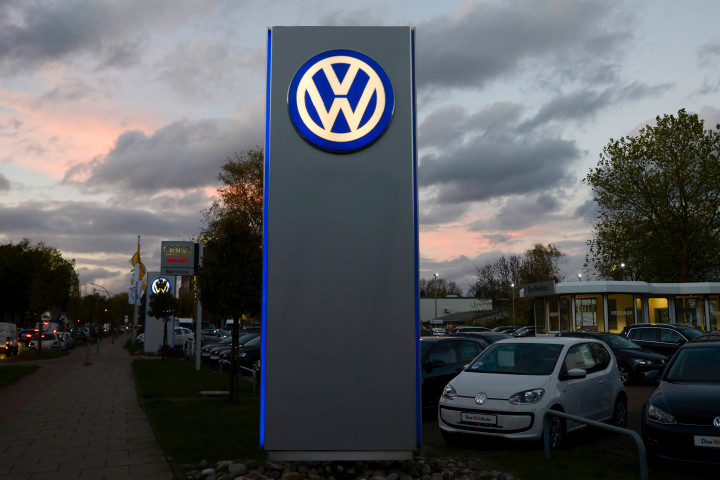 On Friday, the Environmental Protection Agency dropped a proverbial bombshell on the auto industry when it accused Volkswagen AG of knowingly evading federal air pollution standards. The EPA alleges that nearly a half-million of VW’s late-model diesel vehicles—specifically 2009 to 2015 TDI Volkswagen Golf, Jetta, Passat, Beetle and Audi A3s—came with “defeat devices” designed to trick investigators into thinking the vehicles were compliant with federal emissions standards. When these diesel vehicles were taken out of the lab and onto the road, however, they spewed up to 40 times more pollution than the legally allowed limit under the Clean Air Act. As first reported by The Wall Street Journal, the EPA is working with the Justice Department and the state of California to investigate Volkswagen’s violations of the CAA. If VW is found guilty, it can be levied a maximum fine of $375,000 per vehicle for a total cost of about $18 billion. While the EPA is not currently ordering VW to recall its diesel vehicles, as was reported over the weekend, the possibility of a recall lingers as investigators determine the extent of the German automaker’s criminal culpability. When the news was first confirmed, Cynthia Giles, assistant administrator for the EPA’s Office of Enforcement and Compliance, didn’t mince words about the seriousness of Volkswagen’s violations. “Using a defeat device in cars to evade clean air standards is illegal and a threat to public health,” said Giles. “Working closely with the California Air Resources Board, EPA is committed to making sure that all automakers play by the same rules. EPA will continue to investigate these very serious violations.” Breaking The (EPA) Law We now know that Volkswagen officials spent nearly a year concealing emissions violations from the EPA and other regulatory agencies. Instead of admitting to the presence of defeat devices in its diesel vehicles, VW execs claimed that technical errors caused the vehicles to perform differently under formal testing conditions. Volkswagen’s violations were first detected by an independent clean-air group known as the International Council on Clean Transportation. Ironically, the ICCT’s original intent was to demonstrate to Europeans that Volkswagen’s diesel vehicles could pass emissions tests. Instead, researchers for the group’s European division noticed that the same VW diesel vehicles that seemingly adhered to EPA emission standards when tested under lab conditions also produced excessive amounts of exhaust when taken out on the road. Because emissions standards are highest in the US, the ICCT solicited the assistance of researchers at West Virginia University to corroborate its results. What those researchers found instead was shocking: under normal driving conditions, VW diesel vehicles produce 40 times the amount of nitrogen oxides, or NOx, than is allowed by the EPA. NOx pollution has been linked to an array of respiratory diseases and illnesses as well as premature death. The ICCT then brought the issue to the attention of the EPA, who, in collaboration with the California Air Resources Board, launched a year-long investigation into Volkswagen’s practices. On September 3, executives at Volkswagen of America finally acknowledged that their diesel vehicles didn’t fully meet EPA pollution standards and, more to the point, that they knowingly hid this information from investigators. In response, the EPA issued a notice of violation (NOV) to Volkswagen for circumventing emissions standards codified into law by the Clean Air Act. The state of California also issued its own in-use compliance letter and, along with the EPA, will launch an investigation into VW’s actions regarding its diesel vehicles. Volkswagen CEO Martin Winterkorn admitted that VW was guilty of the violations alleged by the EPA and says that the company will “cooperate fully” with investigators. The question is, is he already too late to undo the significant damage that’s been done to his brand? So how will these revelations affect Volkswagen’s diesel vehicles sales here in the U.S.? We’ll explore that question and more in Part 2 of this series. Image Credit: Reuters