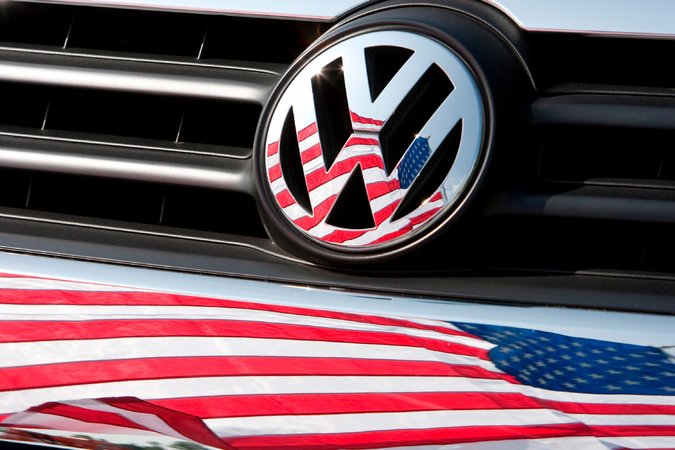 In the wake of the recent EPA-issued notice of violation, Volkswagen told its U.S. dealerships this past Saturday to suspend sales of its so-called “clean diesel” vehicles, specifically 2015 VW and Audi models with the problematic 2.0-liter, 4-cylinder engines. Dealerships will also not be allowed to carry 2016 model diesel vehicles until further notice. On Sunday, Volkswagen CEO Martin Winterkorn expressed regret for having “broken the trust of our customers and the public” and announced that his company would launch its own external probe alongside the investigations conducted by the EPA and other state and federal agencies. These measures weren’t enough to satisfy the concerns of customers and shareholders, as the Wolfsburg-based automaker saw its stock drop by over 20 percent on Monday. The falling stock prices have been accompanied by heavy criticism both here and in Europe, where shares of Volkswagen, as well as other European automakers, have fallen precipitously. Naturally, all of this has led to speculation that Winterkorn will be ousted as soon as the end of this week.. Meanwhile, Volkswagen’s fellow German automakers, BMW and Daimler AG, the parent company of Mercedes-Benz, say that they’ve complied with U.S. emissions regulations with their diesel vehicles. In fact, both companies went out of their way to distance themselves from the VW scandal as they seek to position themselves to take over VW’s share of the diesel vehicle market. Confidence in the Volkswagen brand is badly shaken as questions continue to be raised about the full extent of the company’s evasion of federal emission standards. The Volkswagen scandal also raises questions about other diesel vehicle producing automakers that may be up to similar shenanigans. Despite their aforementioned protests to the contrary, if it were discovered that other companies were also skirting clean-air standards, it would undoubtedly have a chilling effect on the U.S. diesel vehicle market. The Big (Financial) Chill Any auto company in Volkswagen’s position would have a significant PR crisis on its hands. But such news is especially devastating to the German automaker due to its relative lack of U.S. market penetration. Last year, diesel vehicles accounted for approximately 22 percent of VW’s total U.S. auto sales. The timing of this weekend’s revelations couldn’t have been more unfortunate for Volkswagen, which unveiled some of its wares at the recent Frankfurt Auto Show and was set to launch a high-profile campaign for the 2016 Passat featuring Lenny Kravitz. In the past, Volkswagen enjoyed solid yet unspectacular diesel vehicle sales in the U.S. In August alone, new diesel vehicles accounted for 23 percent of VW’s total new car sales, which is an average approximation of the company’s monthly sales in this segment. However, despite leading in global auto sales in the first half of 2015, Volkswagen’s total U.S. car sales paled in comparison to those produced by rival automaker Toyota. It’s reasonable to expect that the gulf between the two companies to widen and may even give the third-biggest automaker by global sales, General Motors, an opportunity to take second once it is able to overcome its own scandal regarding faulty ignition switches. While diesel-vehicle producing automakers, as led by Volkswagen, had been making inroads in the domestic market, Volkswagen’s diesel vehicles enjoyed greater sales success in Europe than in the U.S.—at least, they did prior to this past weekend. And if matters weren’t bad enough for VW on the U.S. sales front, they’re especially dire from a global sales standpoint. One particularly galling aspect of Volkswagen’s deceit is that they received millions in green car subsidies from the federal government of its diesel vehicles. According to the Los Angeles Times, VW received a total of $51 million in 2009, which was the last year the vehicles were eligible for the government subsidies. If this figure is accurate, then VW will have an audit from the IRS to look forward to on top of its other legal and financial woes. On Tuesday, VW announced that 11 million of its diesel vehicles, most of which are sold in Europe, contained the defeat device designed to deceive regulators. This is notable because the European market accounts for over a quarter of the company’s total vehicles sales. It also proves beyond a shadow of a doubt that the scandal goes beyond the nearly half-million VW diesel models sold in the U.S. with the EPA-violating defeat devices. Volkswagen has promised to make massive restitutions to the tune of $7.3 billion in U.S. dollars, or the equivalent of a half-year’s profits, in order to repair the defective vehicles and cover related legal expenses. Given that the company’s EPA fines may reach as high as $18 billion—to say nothing of other potential fines and liabilities—it doesn’t appear that VW will be getting out of the red anytime soon. In Part 3 of this series, we’ll examine how and why Volkswagen evaded EPA emission standards, as well as what this means for the continued production of diesel vehicles both here and abroad. Image Credit: New York Times