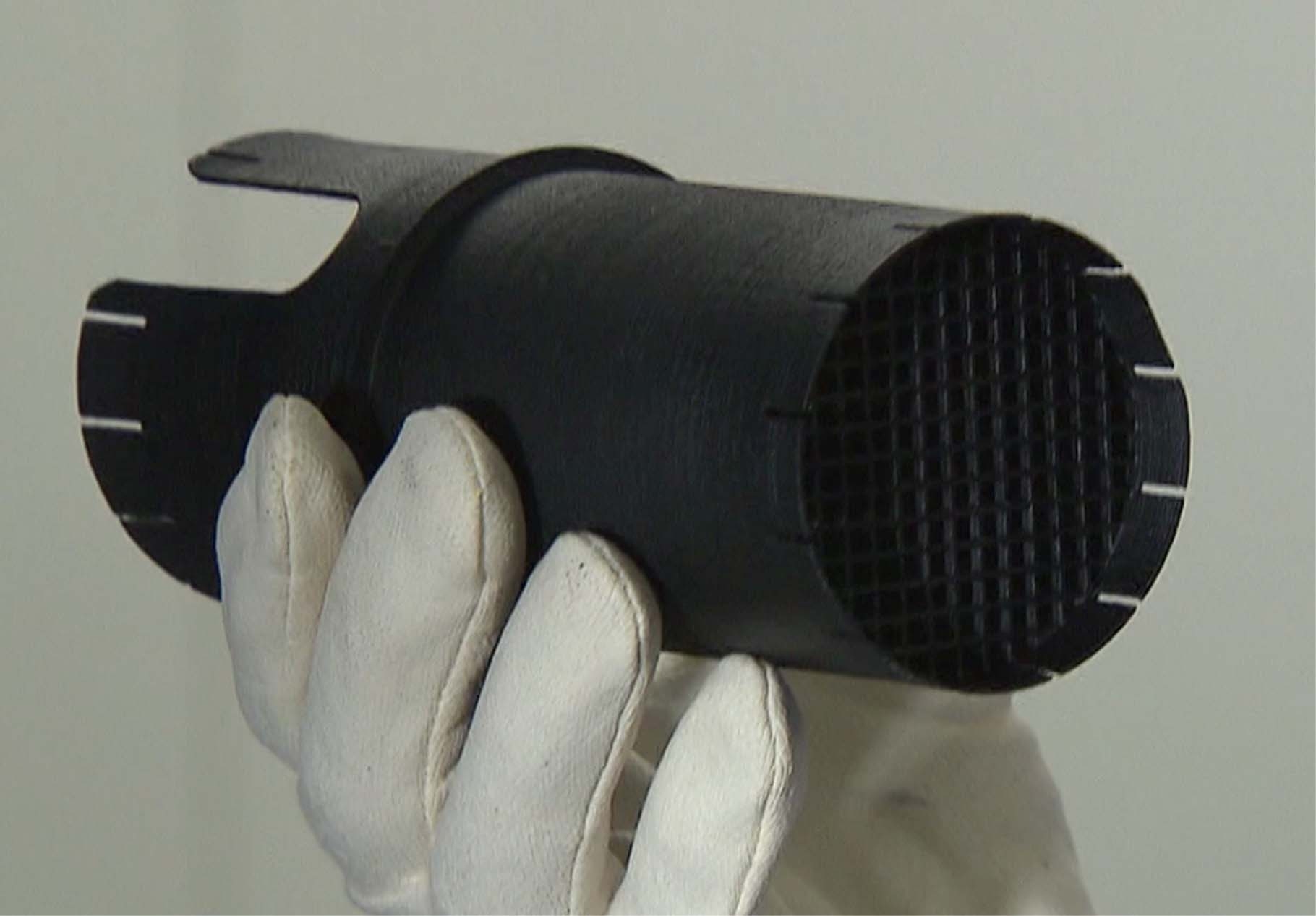 As you recover from your tryptophan comas this Thanksgiving, we’re here to deliver a brief update in the Scandal at Volkswagen… On Wednesday, Volkswagen announced how it would fix the diesel-powered vehicles implicated by the Environmental Protection Agency (EPA) and California Air Resources Board (CARB) as having cheated on emissions tests. VW will install a tubular part known as a flow transformer (pictured) in the air intake of its 1.6-liter diesel vehicles. According to Andreas Krause, head of diesel development of derivatives and fuel injection systems at Volkswagen, the flow transformer stabilizes the airflow, which in turn leads to improved emissions. CARB previously issued a deadline for the VW Group to repair its defective 2.0-liter engine models, which the company now claims can be fixed with a simple software update. According to Krause, the 1.6-liter and 2-liter fixes can take anywhere from 30 min to an hour to complete. (Click here for a YouTube link explaining the installation process.) At this time, these emissions fixes are exclusively available for European models, and will be installed beginning in early 2016. Volkswagen claims that the proposed fixes shouldn’t hurt engine output or fuel economy, although the affected vehicles have yet to be put through their paces with the installed parts and software. Volkswagen’s number-one priority was seen as containing the diesel-emissions crisis in Europe, as the majority of the 11 million affected vehicles were sold there. On that front, things look more promising than previously forecasted. Ferdinand Dudenhöffer, a long-time automotive marketing strategist and professor at the University of Duisburg-Essen, estimates the European recalls will cost VW 500 million euros (or $532 million), which is significantly less than what the company had budgeted for. With that said, Volkswagen will likely need that excess lucre to cover the costs of recalls, fines and lawsuits here in the States. Moreover, it’ll take time before VW institutes a universal fix for vehicles sold in the U.S. due to our stricter emissions rules. In a letter dated November 25, CARB wrote the heads of VW, Audi and Porsche to notify them of a 45-day deadline to fix their 3-liter diesel engines. We’ll be sure to keep you updated on the diesel-vehicle fixes for U.S. Volkswagen vehicles as soon as that information becomes available. Until then, enjoy the rest of your holiday weekend!