The Scion FR-S is Dead. Long Live the Toyota FR-S! 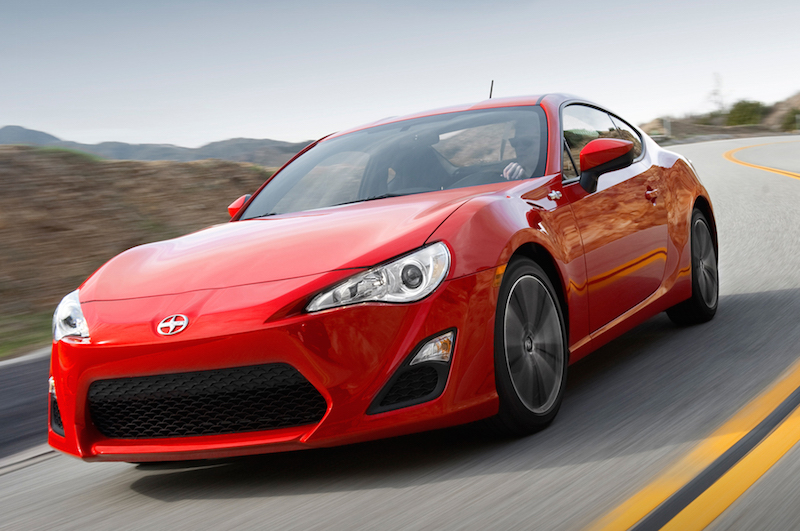 Of all the Scion models that have ever been made, the Scion FR-S (pictured) is arguably the coolest. Since making its U.S. debut at the 2012 SEMA Show, the FR-S has been a favorite of gearheads. Like much of the Scion lineup, the FR-S was designed specifically for young urban professionals seeking a reliable, affordable vehicle that have just enough style to not get them laughed out of their local coffee shop or co-op. But that dream is over as Scion—a brand which, believe it or not, has been in existence since 2003—is, to paraphrase the Monty Python Dead Parrot sketch, is no more. The Scion FR-S has ceased to be. To be honest, I’m being a bit hyperbolic for dramatic effect. The truth of the matter is that the Scion FR-S and the rest of the Scion line aren’t necessarily dying so much as they’re being assimilated into the Toyota collective. So now that the Scion FR-S is officially joining the Toyota family, will this stylish sports car get rebranded with a cutting-edge name? This wouldn’t be so far-fetched—after all, the Scion FR-S goes by other names in other countries. And let’s face it, the FR-S isn’t the most dynamic of names (supposedly it was an acronym for “Front-engine, Rear-drive, Sport,” which might be technically true but lacks that certain sports car pizzaz). So, naturally, a Toyota spokesperson informs Jalopnik that the Scion FR-S will henceforth be known as…the Toyota FR-S. Way to be creative, guys! Presumably, Toyota will employ similar naming conventions in rebadging other Scion models like the Scion iA sedan and iM hatchback. Both of these models have been confirmed as new members of the Toyota lineup once the Scion line is dissolved this August. One Scion model that won’t be making the cut is the Scion tC sports coupe. Perhaps Toyota thought it was too redundant with the Scion FR-S and its recently unveiled Lexus LC 500 sports coupe? In any event, Scion probably outlived its usefulness as the brand of choice for the 18-to-35 set. It was losing its edge in this critical buying demographic to fun yet practical models like the Toyota Prius, Camry or Corolla. In addition, it had become clear by the end of Scion’s run that its vehicles hadn’t been connecting with the youth market—or with most other sales demos for that matter—for quite some time. In fact, even sales of the popular Scion FR-S fell by 23 percent in 2015, thereby signaling that the Scion name was helping to drag down its value. All things considered, the death of Scion is probably for the best. Rebadging the Scion FR-S with the imprimatur of the world’s most popular automaker should help the sports coupe get its sales mojo back. As for the other Scion models, the iM is a reliable, if unremarkable, five-door hatchback and the iA sedan certainly won’t win points for style. Still, based on the premise that a rising tide lifting all boats, these Scion models should also benefit from the Toyota bump.