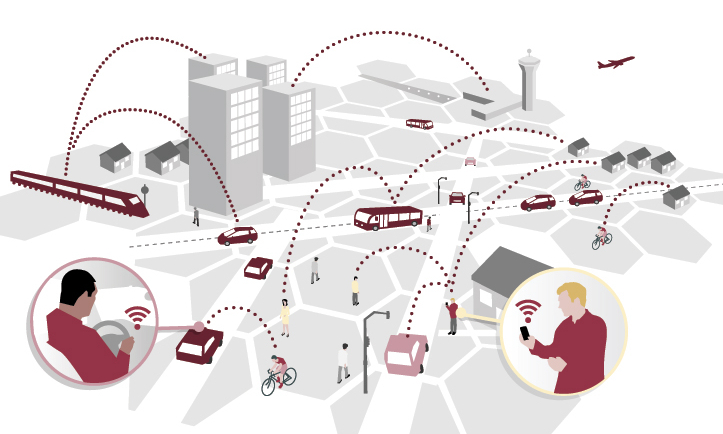 Smart mobility is now being used to describe the new developments that the share economy has forced upon the auto industry. Basically, it is learning to mobilize more effectively using the internet. Using an app to: hail a cab, share autonomous autos, rent a car or find a multi-modular route to reach a certain destination; all fall under smart mobility. Companies know that this new concept will save or subvert automakers going into the future. Those that assimilate will be spared, but the unprepared ones will perish. Unfortunately, most automakers are on the chopping blocks. Only a few automakers have an ostensible infrastructure for the future (and even those are nascent). General Motors (GM), and Ford both have some semblance of a plan for penetrating this new market. Though, both (one admittedly (Ford)) are entirely out of their element. To be fair, everyone in the smart mobility industry is in uncharted waters, (even if Uber makes others feel uncomfortable with their professed prowess). Smart mobility solutions originate in the tech sector more often than auto manufacturers are comfortable with. In fact, the company that started this whole revolution was conceived in Silicon Valley. Sadly, they are only around in spirit now… actually, that is not true, GM bought what was SideCar. However, while SideCar was the originator, it was by no means the most formidable foe in that market… otherwise it would still be with us. The current king of smart mobility is Travis Kalanick, he and his company Uber usurped the crown Game of Thrones style. His army has conquered every city between it, and the metaphorical King’s Landing. Uber essentially established the smart mobility market. Yes, technically, they were not first, but they are the ones who promulgated the concept. Because of their rapid expansion and meteoric valuation; from zero to about $70 Billion in under 7 years; people have been forced to accept and adapt to the share economy that they initiated, or face the consequences. In that 7 year span Uber as all but annihilated its directing and daunting competitor. After years of entrenching itself, taxi services across the world’s lack of technological tractability took a toll. Uber exploited this unguarded trench, a destroyed the system from within. Instead of conforming to the ingrained practice of buying a million dollar (or more) medallion to drive people around; Uber ignored it entirely. There was no express rule against creating a company outside of the medallion system, so Kalanick just did as he pleased and dealt with the repercussions as they have been and are still arising. Uber’s presence has been so disruptive, it not only introduced an all new economic model (the share economy), but also inspired changes in other industries. Now we have two lifelong automakers scrambling to address a parallel industry, just to ensure their own survival in what analysts postulate is a dying industry. Ford announced an interest in smart mobility at last year’s Consumer Electronics Show (CES). Since then, Ford has thrown a number of torches all about the vast void that is the burgeoning smart mobility market to slowly enter the unknown and formulate a plan as they gather data. GM, has a bolder plan. They are running directly into the darkness at full speed hoping that they will reach and surpass Uber. GM made it clear with the introduction of Maven, as far as smart mobility goes, they are throwing all their eggs into the ride-sourcing basket and hoping for the best.