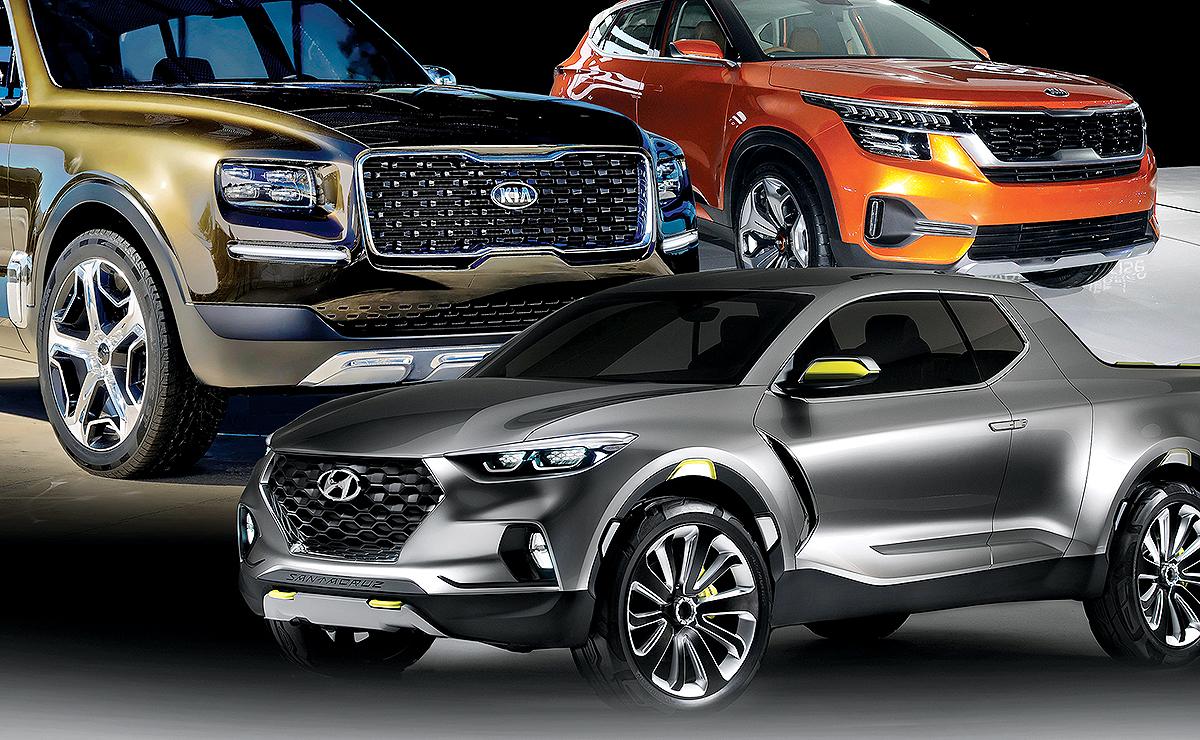 South Korean automakers Hyundai and Kia have recently begun responding to the increased demand for utility vehicles in an attempt to gain traction on what appears to be shaping up as the next truck frontier. After years of lagging behind, both Kia and Hyundai will be offering complete crossover lineups ranging from subcompacts to full-size family vehicles. Both brands are known for their car production over the manufacture of SUVs.

In interviews during the fourth week of October, the CEOs of both automakers stated that the comeback plans hold great potential and have the possibility to deliver reasonable sales in North America, in spite of the current decline in brand sales.

According to the CEOs, this plan requires a complete overhaul of the North American side of production. In Hyundai’s case, the automaker may need to set a new standard with a compact pickup truck to give the company a head start at the next trend coming up on the horizon. The company has a goal to produce more SUVs, said CEO Wonhee Lee at Hyundai’s global headquarters. “We will have a full lineup,” he went on to say. “We are trying to increase our adaptability…to match that [new] growth.”

Lee expects this new growth to steadily increase for the next five years at least, with the possibility of further growth beyond that. Despite these big plans, it is unknown how much profit the company can expect to bring in. Both Hyundai and Kia will be working uphill to combat lower brand awareness than some of their other, better-known counterparts. Hyundai may take up to three years before crossover sales goals are reached, not counting the upcoming Genesis brand, which will not be rolling out its first truck until 2020 at the earliest.

Karl Brauer, publisher for Autotrader and Kelley Blue Book, praises the automakers for moving forward in the crossover direction but believes they missed out on a critical moment in time for grabbing a handle on the market. “The conditions aren’t as favorable [now],” he said, mentioning that the companies’ success will depend on how well the brands’ images are marketed. The higher gasoline costs and the increased interest in the used vehicle market all throw a small wrench in the works for the South Korean automakers. However, Kia and Hyundai have no way of knowing how well they will do if they sit back and do nothing.

Kia Motors Corp. CEO Han-Woo Park says that he expects performance in the United States to “rebound soon.” Both Hyundai and Kia, whose corporate complex towers stand side by side, have plans to beef up their production of light vehicle manufacturing in the near future. These vehicles include the Kia Telluride, which is scheduled to be released in the spring of 2019.