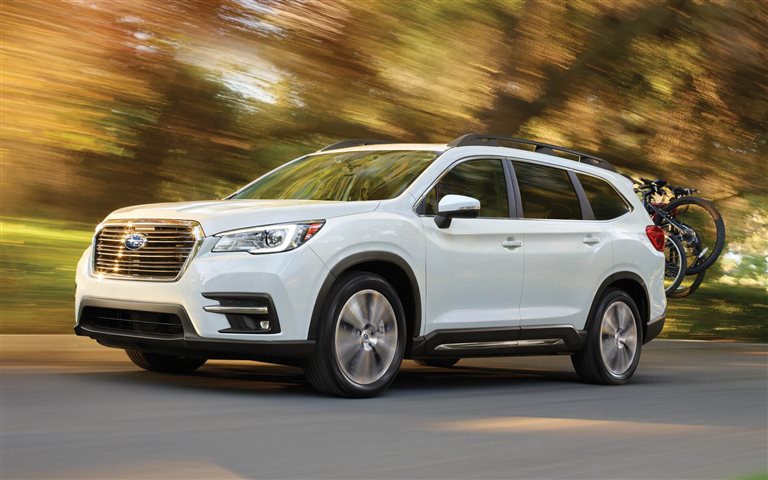 Subaru of America wanted their new crossover to outpace the relatively slow sales and low interest levels of the Tribeca. At this early stage in the product launch, their hopes appear to be realized. The Subaru brand sold nearly 70,000 Ascents in the last year. This is in sharp contrast to the sale rates of the Tribeca, which sold just over the same amount in nearly 10 years.

All the areas where Subaru miscalculated with the Tribeca have been more than compensated for with the Ascent, including looks, size, power train, and features. The Ascent has a longer wheelbase, greater horsepower and torque and a good deal more cargo space and interior room. The sale figures seem to indicate that Subaru is gaining a foothold it had slipped from for the last four years or so and point to a hopeful future for the new model.

General manager TJ Mendiola at Hodges Subaru in Detroit had nothing but praise for the Ascent. “It’s much larger. It’s comfortable,” he said of the new crossover. The ability of the vehicle to tow 5,000 pounds is another attractive feature for potential buyers in this field. “[With the Ascent, you can tow] small campers, boats, trailers of any kind,” he said.

During the marketing campaign for the Ascent, Subaru of America product planners ensured that the Japanese-designed crossover would fit American-sized strollers, coolers, and child seats. Because the Ascent would be marketed toward families, both size and usability were top priorities.

“The Ascent is a critical model for us going forward and has been a critical model over the last year,” said Subaru of American CEO Tom Doll. According to the sales reports, the model is a gateway to an entirely new market, the family market that the brand had previously been unable to reach as a result of not having a seven- or eight-passenger vehicle with the desired qualities of such a vehicle. The Ascent gives the brand a chance to cater to family vehicle shoppers along with competing models from Kia, Hyundai, Ford, Toyota, Nissan, and Chevrolet.

Even without the three-row crossover, sales for Subaru have been doing well. Deliveries in the United States increased nearly 30 percent to just under 650,000, Subaru expects the sales of U.S. vehicles to reach 700,000 this year.

Adding the three-row crossover filled the largest gap in the Subaru lineup by providing for the outdoorsy and family-oriented demographic that the automaker targets. Mendiola commented on how many people disliked off the Tribeca and went for minivans, Ford Explorers and GMC Acadias instead. Although the Ascent came on the scene a bit late, it has the attention of potential buyers and is expected to do extremely well.