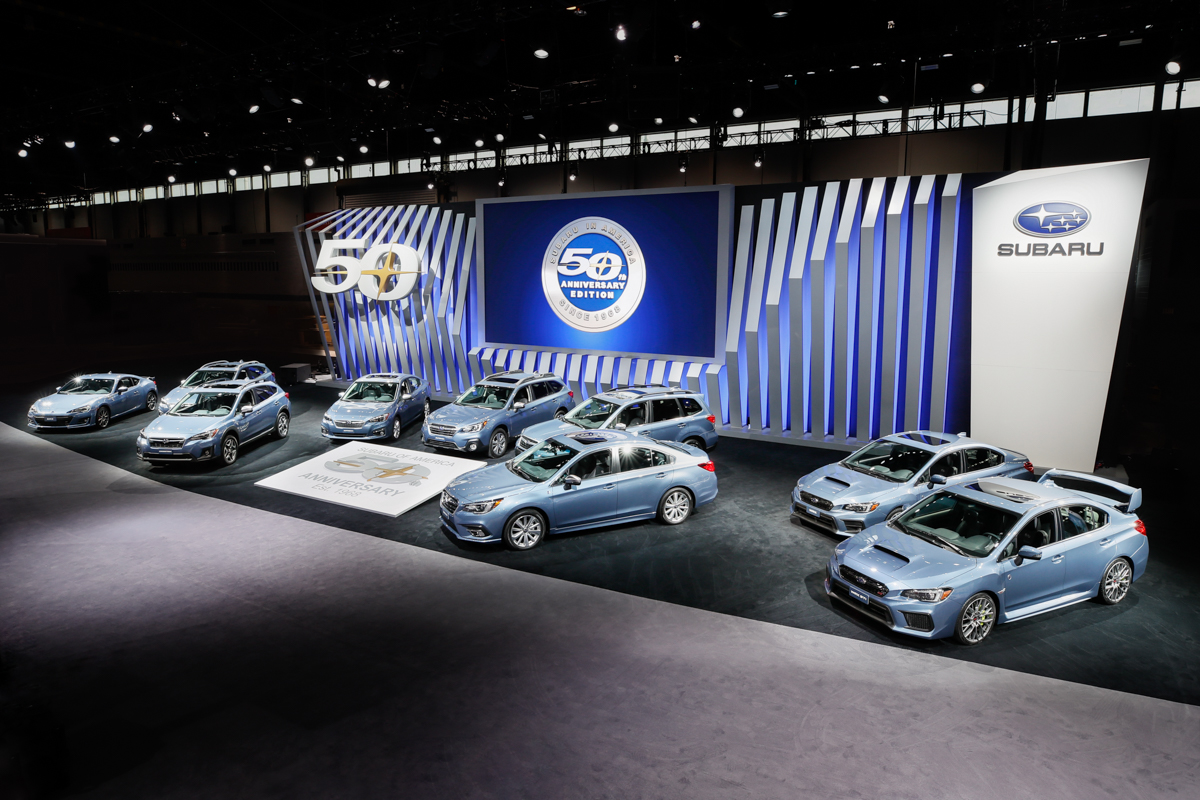 In the 1960s, Americans saw an influx of Japanese cars. Many were known for their quirks, especially the compact cars that made their way through the massive vehicles of the time. Among these quirky vehicles, the Subaru 360 stood out. Since rolling onto American roads in 1968, Subaru has created one of the most unlikely stories of success in all of automotive history.

The 360 had a two-stroke engine and had a price tag of $1,257. It was advertised as a cheap car that had personality. Available in a 2-door coupe, van, or truck, it also boasted to get 66 miles per gallon.

In 1975, the automaker launched the Subaru 4WD wagon which was the first four-wheel drive passenger car to be marketed in the United States. This car paved the way for Subaru to have a niche in the 4WD world. Subaru left its mark on 1983 by becoming the first auto manufacturer to offer optional 4WD in all of its vehicles, including an automatic transmission.

Around the same time, the Subaru Justy was available for only $5,566 making it the lowest-priced four-wheel drive car in America. The first Subaru to be built in the U.S. was the Legacy that was introduced in 1989. This vehicle moved Subaru into a more upscale market. Continuing their record of firsts, the Subaru Outback became the first sport utility wagon in the world in 1995. In 2017, this brand saw record sales with an entire decade of annual sales increases.

To celebrate all that it has accomplished in the last several decades, Subaru developed a 50th Anniversary Edition for every vehicle on its roster: WRX/STI and BRZ, Impreza, Legacy, Crosstrek, Forester, and Outback. Subaru debuted the new limited-edition lineup at the 2018 Chicago Auto Show. Only 1,050 of each model will be manufactured, with the exception of the WRX/STI and BRZ models, which will together total 1,050 vehicles.

A high-level trim, satin chrome exterior, and unique aluminum wheels (with the exception of the BRZ model) make this Subaru stand out from its predecessors and its competitors alike. In addition, Subaru added details such as the satin silver finish side mirrors and satin chrome grille surrounds.

To add to its elite appeal, inside buyers will find black leather with silver contrast stitching as well as silver seat belts. Subaru added 50th Anniversary notations both inside and outside of the car. For instance, a special 50th-anniversary logo is embroidered into the seat backs.

Prices start between $28,000 and $36,000. Subaru vehicles are no longer considered odd outliers after 50 years, though some may still consider them a little offbeat. Although, perhaps this is a part of their obvious charm.