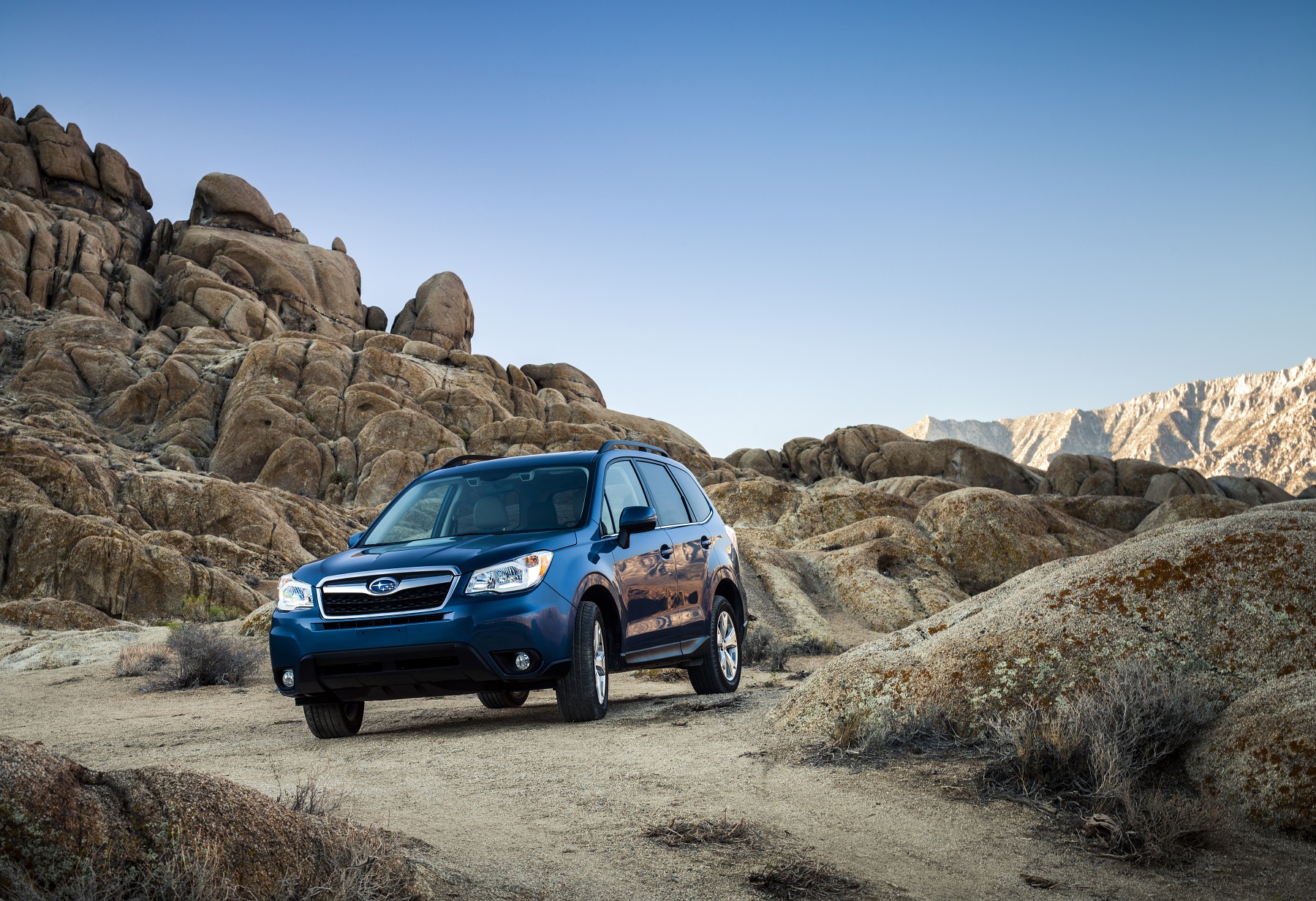 In an era where the trend is toward soft, Subaru has taken a hard line with the Forester. In recent years, we've seen an increasing migration away from sport utility vehicles with substantial off-road capabilities toward softer crossover utility vehicles that can venture off-road, but not very far. By definition, a Sport Utility Vehicle is truck-based with body-on-frame construction and rear-wheel drive or four-wheel drive and perhaps optional V-8 power.

A Crossover Utility Vehicle, in contrast, mimics a car with unit-body construction, front-wheel or all-wheel drive, and four- or six-cylinder power. The trend has been away from SUVs, not notable for fuel economy, and toward CUVs, which do better at the pump. Examples include the Ford Explorer and Nissan Pathfinder that used to be trucks but now are car-based CUVs. Subaru has never played any of those games. It has finessed both the transition toward and away from SUVs. Its Legacy station wagon got jacked up and became the Outback, one of the original crossovers.

The engine is horizontally opposed, as are all Subaru engines. Horizontally opposed engines -- also called boxer or flat engines -- have the cylinders lying feet to feet on opposite sides of the crankshaft, instead of leaning sideways or standing upright as in V or inline engines. A big advantage of boxers is that they enable a lower center of gravity for better balance and handling, which is evident even in a tall crossover like the Subaru Forester. That's what contributes to the revised personality of the new Forester.

From its inception in 1998, it has been a pleasant crossover with modest off-road capabilities, a viable competitor to the likes of the Honda CR-V, Toyota RAV4 and Ford Escape. Now it has that, but also has morphed into a performance machine that can handle rough stuff in the boondocks and also hold its own on a racetrack, depending on the model you choose.

The entry-level 2015 Forester has all-wheel drive at a starting price of $22,820. That's with the base 170-horsepower, 2.5-liter four-cylinder engine and a six-speed manual gearbox. That model also is available with a continuously variable automatic transmission (CVT). The hard liner is the tested Forester XT, which uses a turbocharged 250-horsepower, 2.0-liter engine linked to the CVT. More than the extra power, the tested 2.0 XT Premium includes suspension and steering modifications to enhance handling and overall performance.

The result is a relatively tall CUV that can modestly acquit itself on the twists and turns of a road-racing track. Subaru says it can accelerate to 60 mph in 6.2 seconds. Highway fuel economy is rated at 28 mpg. In addition to its stability prowess on a racetrack, the tested XT manages a degree of off-road capability. The all-wheel drive system can move the Forester uphill on icy terrain even if only one wheel has traction, and it has 8.7 inches of ground clearance to chug along rutted forest roads. However, there is no low range in the transmission or locking differentials for the really rough stuff. It does have hill descent control, which automatically applies the brakes to slowly maneuver the Forester down steep grades off-road.

The XT Premium has a base price of $28,720, which includes such amenities as a panoramic sunroof and classy and comfortable cloth upholstery with strategic vinyl trim. Add a navigation system and it checked in at $29,820, which is right in the garage with competitive and less capable crossovers. -- Frank A. Aukofer, Motor Matters Manufacturer Photo: The Forester has a bold exterior design and roomier interior. A 250-horsepower 2.0-liter direct-injection turbocharged engine leads the line, which also includes models powered by a 170-horsepower 2.5-liter naturally aspirated engine. The Forester comes standard with Subaru Symmetrical All-Wheel Drive, a distinction from competitive models that come with front-wheel drive as standard and offer all-wheel drive as an extra-cost option.