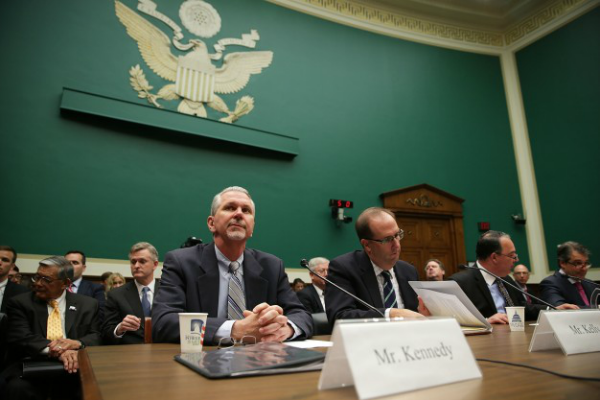 The Takata Corporation is finally being held accountable. Over a hundred injuries and at least 8 deaths spanning the course of 11 years, are all linked to their airbags. 4 years passed before a recall was even considered. But now, after years of recalls with no remedy, Takata Corporation just now testified under oath (not a trial) in front of the a Senate Committee in Washington D.C. Normally, I am not so quick to jump on one side of an issue, I am a huge proponent of seeing both sides of an issue, but this is a special case. From the moment I started researching this affair, everything has pointed in one direction; deliberate negligence. That sounds like a paradox, and it is, but in the sense that it sounds self-contradictory, but it just might be true. Coming into the new millennium, Takata Corporation was experiencing a meteoric rise to prominence, 40 percent growth in sales each year from 1992 to 1995. They went from the fifth largest supplier of seat belts in the US in 1995, to the fifth largest global supplier of airbags; after buying Petri in 2000. Seemingly unaffected by a recall in the mid to late 90s stemming from seat belts they manufactured from 1985 to 1991. Their seat belts were unlatching themselves in accidents. The problem, stemmed from a relatively cheap plastic that they were using to make the seat belt anchors. The ABS plastic (Acrylonitrile-Butadiene-Styrene Plastic) was not up to par. UV rays were making the plastic so brittle that it was breaking within the anchor, this did not allow the belts to fasten properly. In some cases it even appeared to be locked in place, until an accident tested your security. In their defense, they bought their plastic from a third party, Japan Synthetic Rubber. But it should be the responsibility of the company that specializes in safety’s responsibility to test their product extensively, before putting it out in millions of cars, especially after adding an additive from another company (Ciba-Geigy). Mind you, this recall was not a minor one, over 8.8 million cars affected. Yet, no one from Takata Corporation or anyone else went on trial. Granted, no one died, but 47 people were injured. If I ran around breaking people’s noses, or slamming them into conveniently placed airbags; I would be arrested and jailed for 47 counts of assault, even if it were done inadvertently. This time around, at least there is some accountability. The US Senate is currently deliberating the course of action for this oversight. If I may be so bold, it does not look good for the Japanese company. The Office of Oversight and Investigations Minority Staff published their findings, after going through 13,000 documents and emails (totaling 90,000 pages) finally relinquished by Takata Corporation. The NHTSA is also under heavy scrutiny at the moment. Those files were actually requested during the initial recall investigation opened by NHTSA (National Highway Traffic Safety Administration) in late 2009, but the investigation was closed 6 months later without seeing the documents. Ironically, during the seat belt recall, the NHTSA seems to have been trying to overcompensate, after being criticized that they were too lenient on GM and Chrysler in exchange for money and/or anonymity for their potential recalls. Yet still, only 18 percent of the recalls on the massive list were actually fixed. The Office of Oversight and Investigations Minority Staff’s 45-page report was scathing… or close as possible under the circumstances. Basically, it said that the company should have known there was a problem as early as 2001, yet decided to ignore the warning signs. The report even said that the company stopped doing safety audits to save money, between 2009 and 2011 (mid recall), which was met by qualifiers by the safety specialists. They claimed that it was only pyrotechnic safety audits… that’s not any better, the problem stems from the Aluminum Nitrate Propellant. After all these allegations, even coming from independent safety auditors, their testifying feels hollow. It isn’t even the first time they have testified in front of the Senate Committee on Commerce, Science, and Transportation. If there is no real trial the loss of faith will not only be for Takata Corporation but corporate oversight as a whole. How big does the next recall have to be before changes are made? GM’s ignition switch recall already has a body count over 100, yet due to their super bankruptcy, half of the victims have no legal recourse.