Tesla Model 3: An Electric Vehicle for the Common Man (and Woman) 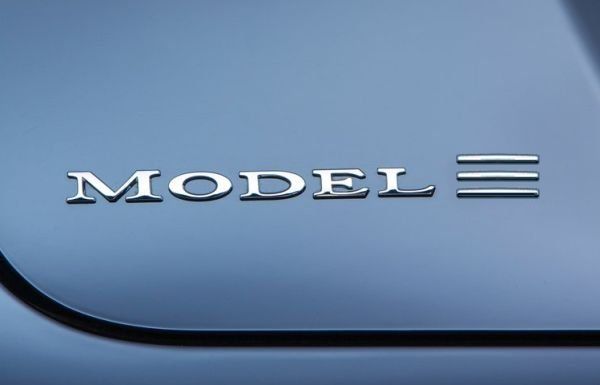 Whenever Tesla head honcho Elon Musk talks or tweets, it’s bound to be an event. Therefore, it’s no surprise that our collective ears would perk up when discussing a new vehicle rollout, particularly when said vehicle purports to be Tesla’s most affordable model yet. In a conference call with investors, Musk announced that the long-awaited Tesla Model 3 electric vehicle would be unveiled this March. (Concept photos haven’t yet been released, so we included a potential look for the Model 3 logo in its place.) After making its debut in a few months’ time, Tesla will take orders on the Model 3, which is slated to go into production sometime in late 2017. Tesla will reportedly introduce two new versions of the Model 3: a small sedan base version that will likely include two-wheel drive and a compact SUV crossover model. The retail price for the Tesla Model 3 models is said to be between $30,000 and $35,000. With the lower price point for the Tesla Model 3, the automaker hopes to make Tesla ownership an attainable goal for a wider demographic of car buyers. The Tesla Model 3 would be a no-frills (or at least relatively few frills) model that’s about 20 percent smaller than the typical Tesla. This Tesla electric vehicle will carry a 60 kWH lithium-ion battery pack and have the capacity to drive 200 miles on a single electric charge. Tesla hopes that the Model 3 helps the company achieve its goal of a half-million in annual sales by the end of the decade. Reportedly, the Model 3 will be built on Tesla’s Roadster platform, which was the same platform used on the Model S and Model X. With that said, much of the Model 3 will be built from scratch. As Tesla Chief Technology Officer JB Straubel told an audience back in October, the Tesla Model 3 will include “a new battery architecture…a new motor technology, [and a] brand new vehicle structure.” A report from auto news site Electrek claims that Tesla will release an electric SUV or CUV called the Model Y, which will supposedly sport Falcon Wing doors like the ones found on the current Model X. While a Tesla spokesperson denied the Model Y report, the automaker does have plans afoot for another electric vehicle to be released alongside the Model 3 in March. Stay tuned. Image Credit: Inside EVs