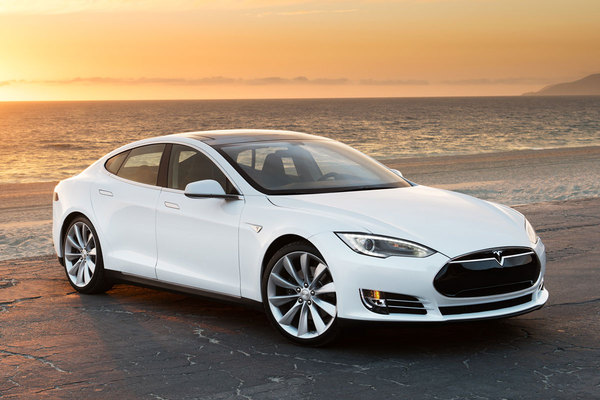 When the Tesla Model S was first released, Consumer Reports named the Electric Vehicle (EV) the most remarkable auto ever tested. The consumer protection publication; that has been looking out for their readers since 1936; said that the Flagship vehicle from Elon Musk’s Motor Company, was essentially flawless. Its performance on the track and in safety testing was second to none. However, due to a drop in quality class; from average to below; the Tesla Model S has been removed from Consumer Reports’ Recommended List. Many by now know, the EV that redefined the genre was released to rave reviews. Consumer Reports said that it performed better than any other auto on their test track. Because of all the weight from the low mounted motors it was essentially impossible to flip. A forklift was employed to turn the car shell down. This was done to place the car in the compression test machine. The Tesla Model S was so well designed that the machine broke before the roof did. Unfortunately, the mighty Model S was not impervious to the wear and tear terrors of time. The Consumer Reports website was flooded with various complaints from Tesla Motors clientele. Fortunately, despite all the grievances, Musk’s startup motor store can still boast a 97 percent approval rating; that even includes the customers who complained. The list of lamentations ranged from: ‘oh get over it,’ to ‘oh dear.’ The most prevailing problem was more due to an effectively unheard efficient electric engine, than to subpar craftsmanship. Most people who were writing in to grumble critiqued casual creaks and clatter within the cabin. And it should be noted, even those faultfinders admitted that in an Internal Combustion (IC) auto it would be a moot matter. Despite the customary inconsequential cavils, many missed details were detrimental. For example, some of the creaks and clatter are created by the sunroof. The noise is trivial, leaks are not. Delving deeper and more dubious are details that determine the auto’s efficacy. Some issues render the EV inoperable. “Squeaks and rattles” did not alone drop the Tesla Model S off of recommendation lists; when a car’s motor and/or door do not work, there is no grin and bearing it. Consumer Reports long range test car had an issue with Tesla’s iconic (superfluous) flush handles, and soon buyers had the dilemma (because of course they did). However, while Tesla is the only car with dumb door handles, it is far from the only manufacturer to implement a geniusly stupid key fob. Many automakers have introduced passive entry and operation via Radio Frequency Identification (RFID). Obviously leaving drivers delightfully out of luck when the battery bites the biscuit. Key Fob/door handle headaches are the most pernicious along with charging complications (i.e. stopping to do so), but they are not alone in the mechanical maladies category. The Model S has had issues with leaks in the battery cooling pumps, windshield wipers, trunk latches, and wheel alignment. Despite the litany of lamentations, the 97 percent approval remains unchanged. There are both nepotistic and noble reasons for this. There are biased buyers who are completely committed to, and trust in team Tesla’s progressive purpose, they would hesitate to speak ill of the company even if the car literally ate their children for nourishment. The contraposition for Tesla Motors, is the rapid service received. Despite not having a traditional infrastructure, the company beat its opponents in its operational expeditiousness. The Palo Alto automaker’s response time for issues is often overnight, and always beyond convention. One customer with some play in his gears had his entire Drivetrain replaced. Interestingly, the Tesla Model S is not the only car to have dropped off Consumer Reports recommended list. Notable autos such as the entire 5 series (including X5) and GM’s Corvette have also been demoted, and their customer service departments are not noted for being the best. However, those stories do not get much play, because it is not Musk’s Mighty Mouse motors on the guillotine with those. Speaking of, Musk downplayed the issue, saying that the issue ridden cars were phased out first gen models. Even TrueDelta (rival to Consumer Reports) chimed in to say that Tesla Motors reliability has vastly improved.