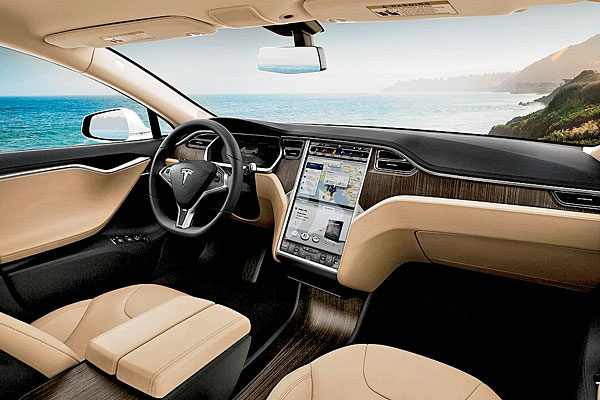 By now, the Tesla Model S is on everyone’s radar. Hate it or love it, everyone knows about it. The competitors are trying to emulate and abrogate its sales, the average auto buyers are craving and saving to afford it, and petrol companies recoil in disgust and mistrust, hoping it rusts and combusts. But bias aside, the Tesla Model S updated the auto industry into the 21st century. I have driven many cars, but the Model S is in a league of its own like the F-22 Raptor. Only its younger brother the F-35 has reached the same Generation 5 classification. And like the Lockheed & Martin made jets, the Model X will be reaching the market before any other competitors do. Except there will not be ten years of delays and a Trillion dollars between the two electric car models. Thus far, the Model S is the only car that Tesla truly mass produces. The Roadster actually came first and was very well received, but it was never sold or produced in large quantities. More than anything the two models demonstrate the capability of cars connected to the internet of things. For anyone that might not be familiar with the internet of things; it is the concept that more than computers should share the internet to make consumers’ lives more convenient. The posterboy (or poster-thing as the case may be) was Apple then Google’s Nest, a thermostat that could be set and programmed from a convenient App. One of the most innovative aspects of the internet of things is its propensity to improve without replacement. Tesla Model S perfectly portrays this promising feature; no other company in the auto industry has over-the-air updates. This comes as one of Elon Musk’s original assertions about his line of electric vehicle. He said that instead of designing cars to eventually become obsolete and replaced, he would rather build cars that could amend themselves through the internet of things. Musk has followed through with his promise. Countless over-the-air updates have efficiently been enacted. The most recent update was implemented so quickly and competently, that what could have been a PR disaster, yielded a boost in brand appeal. In one simple swoop both quelled the most troubling aspect of the internet of things while exemplifying its biggest strength. The concern of hacking is the most well founded fear for the internet of things, it is not only a possibility, but an inevitability. Until quantum computing is mastered; the internet and hacking will always come hand in hand. That is why bug bounties and zero-days are so popular. What will separate the metaphorical boys from men will be how they responded to such a crisis. One of the events at Defcon this year was the first of its kind. Musk and company issued a prompt over-the-air update after a Tesla Model S was hacked live on stage in Las Vegas; marking the first time a company in the auto industry has had zero-days publicly exposed. Needless to say, the company aced their hack-response-drill.