Tesla Motors Beat its Own Record 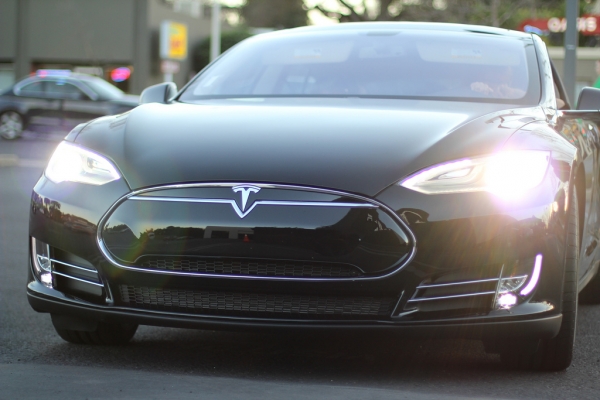 I frequently start articles this way, but it is hard not to when talking about Tesla Motors, they are just always in the news for something or other. Usually it is stock speculation; is it still a sound investment, or oh look at that, the company did something else praise (or at least buzz worthy). This falls under the latter category. Tesla Motors has set (or beat) 3 world records this year; all being in its flagship the model S; the latest having been posted yesterday on YouTube. Bjørn Nyland has a relatively prolific YouTube channel. His uploads predominantly feature escapades featuring his Millennium Falcon, though do not expect his to make the Kessel Run in 39.1396 lightyears. Because try as he might, Elon Musk has not yet broken into hyper speed territory (however ludicrous speed is not a bad start). On a side note; before anyone says: not even Han Solo accomplished the Kessel Run in 12 parsecs, because that is a unit of distance not time; know that Han Solo is a time traveling bad mamajama of a smuggler. Not even Carl Carlson can deny it. Funky Star Wars digressions aside, the feat captured by Nyland’s camera was almost as impressive as, risking being squished into singularity by skirting an event horizon (though I assume not quite as cameragenic). Nyland and his exceedingly patient friend, drove for nearly 19 hours; at a speed less than 25 miles per hour; covering 452.8 miles on a single charge, beating the world record for the longest distance covered in any Tesla Motors vehicle without its needing a charge. Not to mention, a record for the most fun ever had in 18 hours and 40 minutes. Two more hours and they could have written a book about it. The previous record in this field, was held for a period just shy of 3 years by a Floridian father and son team, David Metcalf and his son Adam. Elon Musk himself inspired the twosome to try to trek; in their Tesla; longer than 400 miles on a single charge. In May of 2012, Musk announced that the 85kW battery in the Model S was leisurely capable of over 300 miles, and that he would reward whoever was first to reach over 400 miles. The challenge was set before shipments of the car started. Deliveries for the Tesla Model S began sometime in 2012, by mid December of the same year, the duo had already beaten the record and received their reward. Which was, a high power wall connector. Since Metcalf likely already had one at home, so he generously donated it to the school he works for, University of Central Florida. Coincidently, Metcalf was also a professor on a break from the typical school year. It seems that winter and summer hiatuses are long enough for professors to run out of fun things to do and start shooting for the least exhilarating world records. Though, Tesla Motors beating its own record in battery efficiency is excellent exposure for the company (not that they lack it as is). However, curbing range anxiety is the more critical takeaway.