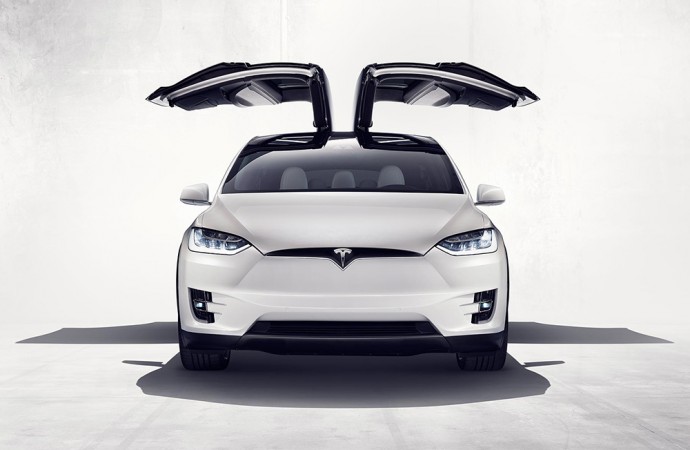 On January 19, 2016, Tesla Motors Inc. filed legal paperwork officially commencing a lawsuit against their German parts supplier, Hoerbiger Automotive Comfort Systems. Tesla Motors claims that the supplier misrepresented their design and build abilities that were to be used on the long-awaited signature falcon-wing doors. According to Tesla Motors, Hoerbiger Automotive Comfort Systems, a subsidiary of a Swiss holding company, could neither engineer or produce the product that they had promised to deliver. Hoerbiger claims that they made a system that contractually meet all of Tesla’s requirements for the falcon-wing door on the Model X. Known for its hydraulic trunk lids, convertible tops, liftgates, and other automotive parts, Hoerbiger was awarded the right to produce the falcon-wing doors for the Model X in February of 2014. In May of 2015, according to Tesla, Hoerbiger had failed to produce a satisfactory door for their Model X. It was then that the ties were severed with the hydraulics company and a new supplier was hired. More specifically, Tesla’s lawsuit says that the Hoerbiger prototypes were of poor quality, failing to open with speed or symmetry that Tesla had requested. The lawsuit also points out overheating and oil leaks, in addition to the doors sagging beyond the levels Tesla had specified. The Model X debuted in the fall of 2015, after nearly two years of delays. Tesla reports that it had to change from its proposed hydraulic design to an electromechanical door after Hoerbiger failed to deliver a satisfactory door. Now Tesla is asking the U.S. District Court of Northern California Court to rule on whether it broke its contract with Hoerbiger. Tesla has already paid Hoerbiger $3 million and they are seeking additional compensation, claiming breach of contract. Tesla is requesting money to cover their damages, as well as other costs and fees within the lawsuit. The automaker reports that it has already suffered millions of dollars in damages related to their contract with Hoerbiger and their failure to follow through with a quality reliable product. These monetary damages include premium payments to their new supplier, at a currently undisclosed amount. While Hoerbiger has refused to comment on the case, Tesla promises their court case will be vigorously prosecuted, due to Hoerbiger’s decision to not only ignore their contractual agreement but also demand a large sum of money from Tesla, which Telsa claims they are not entitled to. According to Tesla, Hoerbiger has made multiple unreasonable demands from them since they parted ways and found another company to produce the falcon-wing doors. The lawsuit reveals that Hoerbiger believes that the automaker owes damages that are specifically barred in their contract. Hoerbiger has also allegedly demanded that Tesla work with them during the life of the Model X.