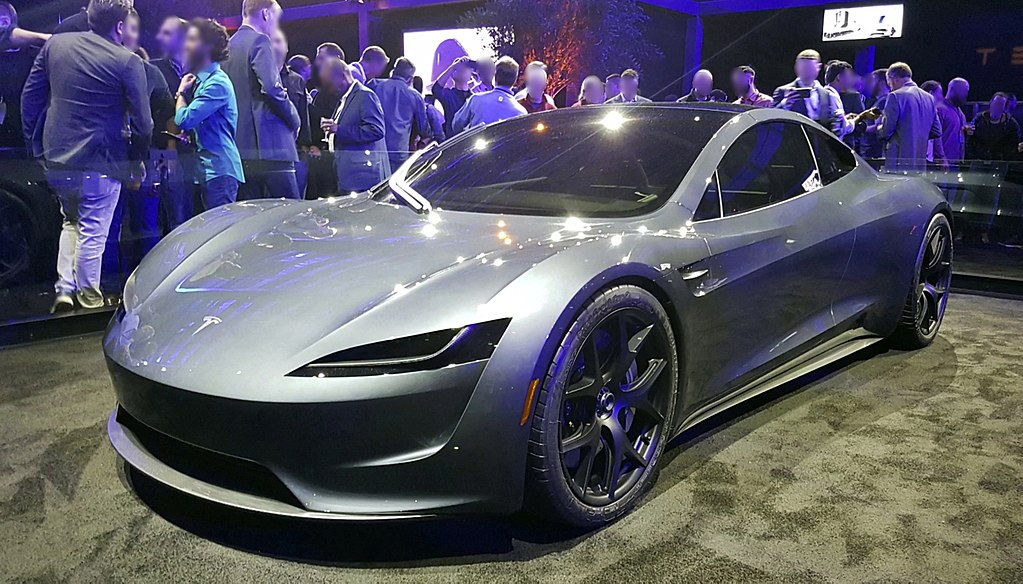 Introduced in 2008, the Tesla Roadster was the first serial production all-electric vehicle that was highway legal. It also became the first production car to enter space when it was carried by a Falcon Heavy rocket in a test flight on February 6, 2018.

Just when you thought the Tesla Roadster couldn’t get any better, Elon Musk announced in November of 2017 that the well-known auto manufacturer was crafting a newer version of the Roadster sports car. This new Roadster had a dramatic on-stage introduction when it rolled out of the electric 18-wheeler Musk had just introduced.

The re-designed Roadster is quicker than the average Formula 1 car with the ability to go from zero to 60mph in just 1.9 seconds and to reach a quarter mile distance in 8.9 seconds, exceeding the gold standard of 10 seconds in the auto industry. The new Roadster also competes with the likes of the Bugatti Chiron and the Koenigsegg Agera with top speeds of around 250 mph.

Also impressive is the Roadster’s 4 seats, ample room for cargo, convertibility, and a 200-kilowatt-hour battery pack which gives it a 620-mile range. In fact, the range of the new Roadster is nearly double that of the Model S. To reserve your spot on the Roadster list, you will need to shell out $50,000 and pay a total price of $200,000. While it may seem pricey to some, remember that Bugatti owners pay in the 7-figure range for their vehicles.

The original Roadster was Tesla’s first baby and proved that electric cars could be considered cool. The Tesla Roadster revealed that electric cars weren’t just golf carts on steroids. The public has been asking for several years when Musk would revamp his baby to rise to the level of Tesla sedans and SUVs. Now they can stop asking, as Musk is prepared to bring the new Roadster to market in 2020.

However, Tesla’s track record of overpromising and delivering late has many questioning what is to come with the new Roadster. Currently, the brand is trying to keep up with the Model 3 sedan production. This Model 3 car is expected to appeal to a wide variety of drivers and make Tesla not only a niche automaker but a profitable one as well. If Tesla can stick to the promises it has made with the new Roadster, it may be on the fast road to success.