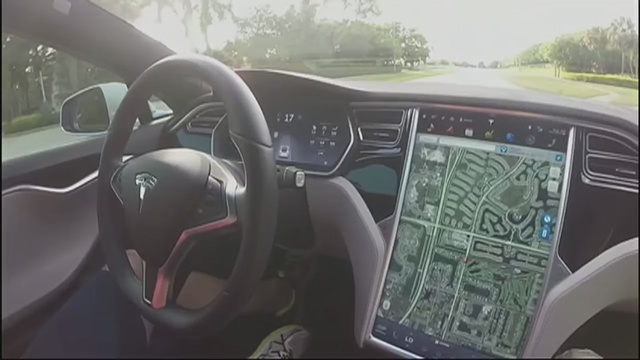 With self-driving vehicles slowly becoming more and more advanced, many individuals are already excited to see what potential uses they could have on the road. It comes as no surprise that so many are already beginning to test out the vehicles for their practical applications. Self-driving cars use constantly calculating and adjusting algorithms to test road conditions and make sure that the drivers in the vehicle are safe. They operate according to traditional defensive driving techniques in order to improve safety and optimize speed. While many were already aware that the vehicles were becoming advanced, few truly understood just how advanced self-driving cars are becoming.

In a recent video taking the Internet by storm, the viewer has the chance to see a Tesla vehicle predict a car crash seconds before it happens. There is still much mystery surrounding the original dashcam video that appeared on the internet, showing the collision warning system within a Tesla vehicle beeping and alerting the driver just seconds before a vehicle strikes into the back of an SUV. The crash occurred suddenly and drivers noted that there would be few ways for those involved to be able to react in time, but the Tesla was able to notice the crash and notify the driver, protecting them from damage.

Currently, there is no official statement or comment coming from Tesla, but many believe that the electronic sound the vehicles emits before the crash is designed to notify drivers of a forward collision. This warning system can be invaluable in preventing accidents before they have the chance to take place, and those who had the opportunity to see the video for themselves are hopeful about the future of self-driving vehicles.

Tesla had released this new software just earlier in the year in order to try and make necessary improvements to the self-driving system. In these tests, Tesla had put more weight on the radar systems, rather than several other sensors, in order to give the vehicle the ability to use radar waves to pick up on vehicular activity around it. It is designed to feel a sudden stop, rather than see one, as sudden stops can result in unwanted chain reactions along the driveway.

Many of these improvements were used in the vehicle after taking a look at crash statistics. Currently, the vehicle is still being modified and changed in order to better suit road conditions, but drivers are already clamoring for the chance to ride inside a self-driving car. Like any other major developments, however, drivers may need to wait a little bit longer before all of the changes are finalized and ready to be used in a market-available vehicle.