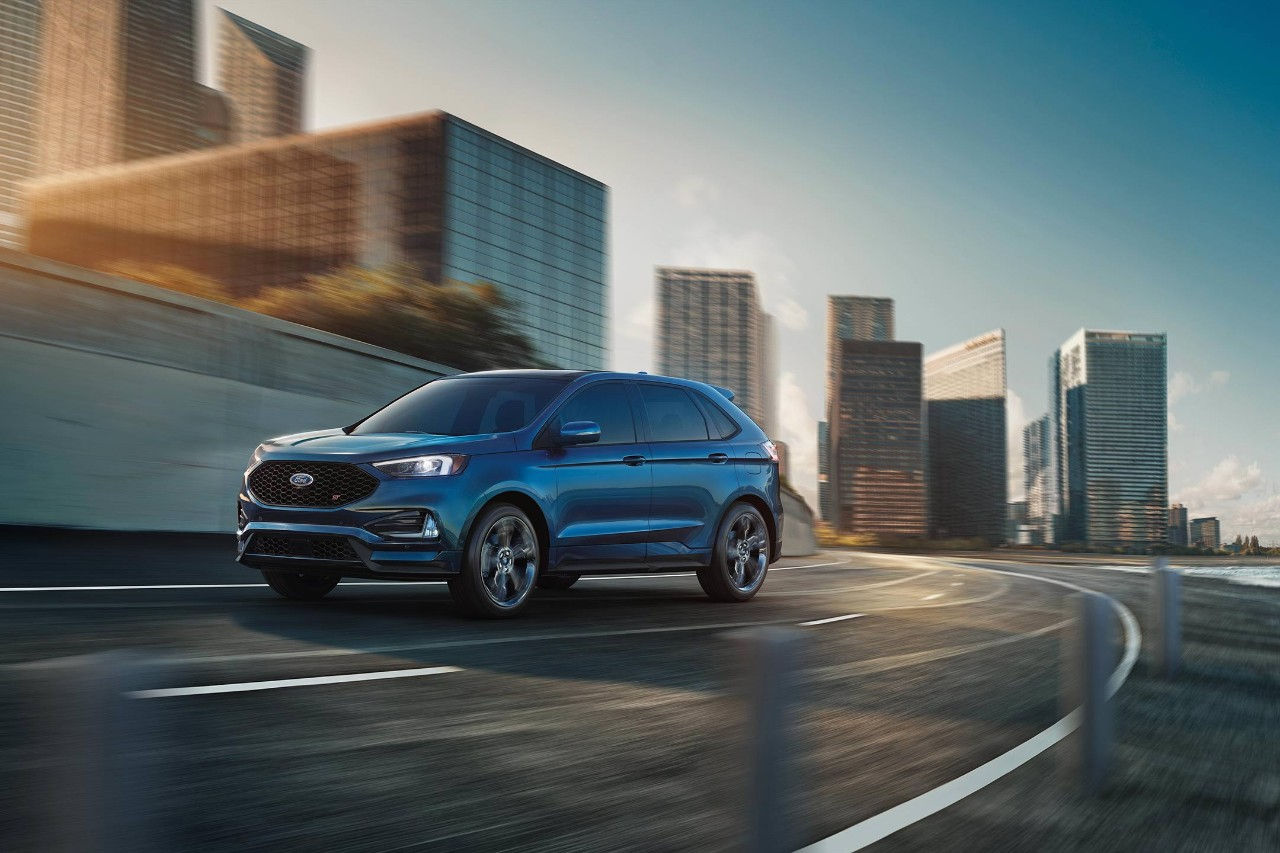 The Ford Edge is one of the industry’s top-selling midsize crossover vehicles, and for the 2019 model year, the carmaker is going to give the Edge a slight facelift. Ford intends to install standard driver-assist systems in the model. The car company also plans to offer an ST performance variant, one that will replace the model’s Sport package.

The 2019 Edge will have a standard 2.0-liter EcoBoost engine. Along with this, the car company will be pairing it with an eight-speed transmission. The Edge's engine will emit 250 horsepower, which is five more than the current incarnation, and produce 275 pound-feet of torque. If a car buyer chooses the ST, then he or she will gain a specially-tuned V-6 engine that comes with EcoBoost. This engine produces 335 horsepower and 380 pound-feet of torque.

For 2019, Ford decided to give the Edge a new front end. To do so, the car company increased the size of the grille, making a wider separation between the headlights. Four new exterior color choices are available with the SUV as are four different wheel options. Ford also changed the vehicle’s back end. The updated vehicle has a new liftgate design as well as new LED taillights and a dual exhaust opening.

The carmaker is planning to offer the Edge in the SE, SEL and Titanium trims. The inside of the vehicle is also getting a refresh. Ford decided to redesign the center console by giving it a new gear shifter. FordPass Connect will be a standard feature in the Edge along with a Wi-Fi hotspot. The hotspot will be able to connect as many as 10 devices.

Ford is stating that the new Edge will deliver better fuel economy, but the company didn’t provide details. Ford brought out the Edge in 2006. The vehicle was the company’s first unibody crossover. In 2009, the company introduced the Sport series. Ford last redesigned the SUV in 2015. Michael O’Brien, the SUV marketing manager for Ford, said, “It has always been a leader, a pioneer, a first mover for us as we try new things.”

According to Ford, the carmaker has sold 1.3 million crossovers since rolling the model out to dealerships around the country. The total number sold include the 142,603 sold in the United States last year, which was a 6 percent increase from 2016. About 46 percent of Edge buyers are women. This is more than Ford’s overall product lineup where 34 percent are to women. The car company reports that the midsize crossover vehicle category has increased by 50 percent since it introduced the Edge. In 2017, the segment grew by 0.6 percent to almost 900,000 vehicles.

This year, Ford is introducing the Edge ST, and it will be the car company’s first crossover fine-tuned by the Ford Performance team. Along with more power, the Edge ST will feature a distinctive grille, all-wheel drive and performance seats.

Both the Edge and the Edge ST will be on sale this coming summer. This is an SUV that delivers a sophisticated driving experience, one that will make drivers feels secure behind the wheel.