The 2019 Genesis G70 Brings Excitement and Style to the Road 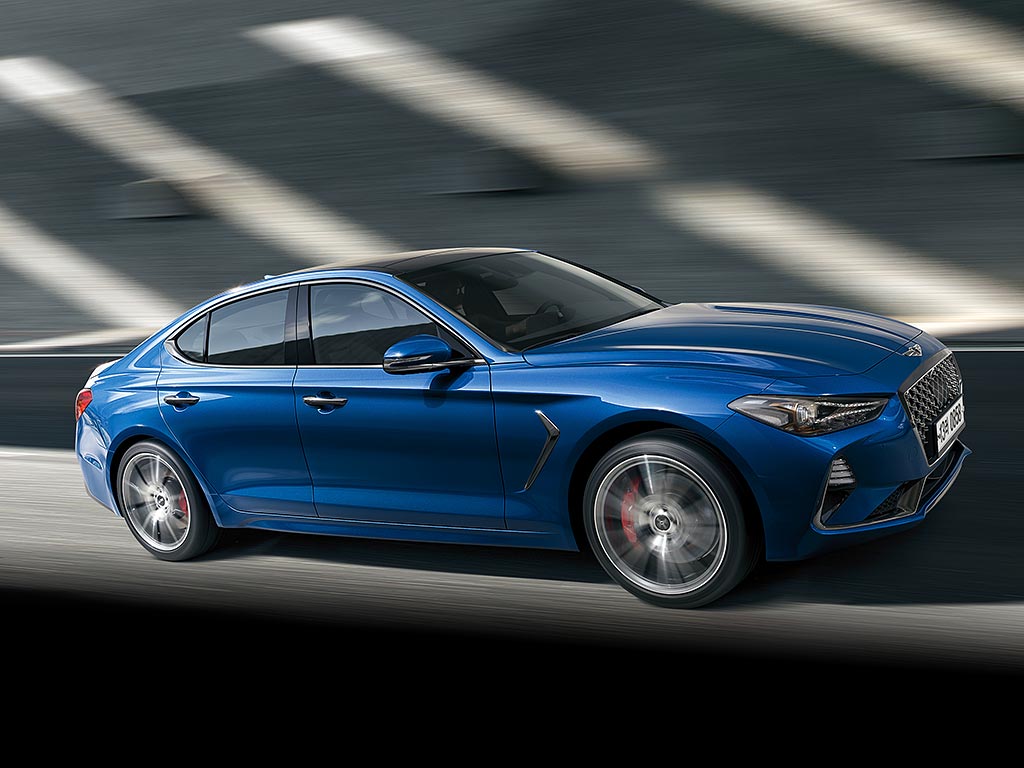 Hyundai’s offshoot brand Genesis launched around three years ago as a luxury brand, one that makes comfy sedans. While it’s been rumored that traditional four-door luxury sedans are on their way out, Genesis decided to release one that car buyers may have a tough time passing up, the G70.

This spacious sedan features an exterior design that makes it stand out from the competition. A powerful grille gives the car an athletic look while its sleek body just looks fast. Sporty headlights and taillights add to its speedy appearance as does sweeping lines that extend from the hood to the trunk.

The interior of the 2019 Genesis G70 is simple and well-appointed. It comes with dual-zone climate control, heated and ventilated seats as well as an 8-inch infotainment system. While some automakers are embracing touchscreen everything, Genesis included volume and tuning dials, making it easy to adjust these settings. The sedan’s base interior material is leatherette, but those who want something a bit more luxurious can upgrade to quilted leather. The top-tier G70 comes with Nappa leather that has full quilting.

Other interior options include Apple CarPlay and Android Auto in addition to a Qi wireless charging system, a 15-speaker Lexicon sound system and an all-around view camera. Depending on the model, 18-inch or 19-inch wheels are available. Genesis also decided to offer the vehicle with a manual transmission, which is an appealing option for drivers who prefer this type of control when they’re behind the wheel.

The decision makers at Genesis opted for a less-is-more theme with the G70, so even though different drive modes are becoming popular in this segment, the vehicle’s designers avoided the temptation to pile on the tech. Instead, the car company went for the fundamentals. Albert Biermann, the head of vehicle performance for Genesis, claims that these “fancy options” tend to fall by the wayside and drivers rarely use them even when they increase vehicle performance. According to test drivers, the G70 handles perfectly, and since this is a luxury sedan, drivers are unlikely to feel road bumps or potholes.

Genesis is offering the G70 with a 3.3-liter twin-turbo engine, one that generates 376 pound-feet of torque. The vehicle can reach a speed of 60 miles per hour in just 4.5 seconds. A 2.0-liter turbo-four engine is also available with the vehicle. This engine produces 252 horsepower and 260 pound-feet of torque. Both engines are partnered with an eight-speed automatic. Car buyers can also get the G70 in all wheel drive.

Those who are in the market for a luxury sedan should definitely take a look at the Genesis G70. This is a comfortable vehicle that brings excitement and style to the road.