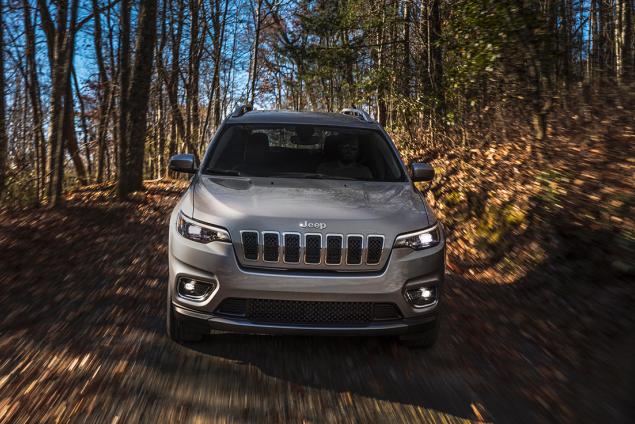 Compact crossovers are selling like hotcakes. This means that carmakers must be careful when it comes to making changes. The Jeep Cherokee is in this vehicle class, and it’s one of the most popular models. However, with competitors like the Toyota RAV4, Honda CRV and Ford Escape, Jeep must stay on top of its game.

Since relaunching the Cherokee in 2014, the vehicle has performed well for the carmaker. Despite the refresh, there is still room to grow. For 2019, Jeep updated the exterior by giving it a softer appearance. The car company also enhanced the vehicle’s interior offerings.

Deciding what changes to make to the exterior was likely easy for Jeep. The exterior appearance with its squinty headlights and dual-light design was highly appreciated by some consumers and despised by others. For next year's model, the car company decided to change things up a bit by modifying the look of the Cherokee, making it more universally appealing. Jeep tested this design choice out on the Compass first by modifying it to look more like the car company's best-selling flagship model, which is the Grand Cherokee. Jeep adjusted the Cherokee to look more like a larger Compass. One could say that the regular Cherokee is now a distant relative to the Grand Cherokee.

While the vehicle’s base is mainly the same, the rear-end is slightly reshaped. The car company’s design team moved the license-plate recess section from the bumper to the vehicle’s liftgate. This let the designers give the SUV a higher-reaching skid plate in addition to a tauter tail. Jeep left the taillights in the same place, but the company tweaked them a bit to give the vehicle a slimmer lighted underline.

The carmaker made the Cherokee Trailhawk look a little different than the rest of the model’s lineup. These differences include a more aggressive looking front and rear bumper in addition to taller fender flares and more ride height. Those who bring home the Trailhawk will also enjoy 17-inch wheels that feature off-road tires.

Jeep decided to make the biggest change to the Cherokee in the engine department. The car company is offering the Cherokee with an all-new turbocharged beauty that’s a 2.0-liter inline-four, one that generates 270 horsepower and 295 pound-feet of torque. It comes with a twin-scroll turbo mounted right onto the cylinder head. The Cherokee’s new engine features stop/start technology as well as a cooled exhaust gas recirculation system.

The vehicle model’s other available engines include the 3.2-liter Pentastar V-6 and the 2.4-liter Tigershark MultiAir2. The Pentastar produces 271 horsepower and 239 pound-feet of torque while the Tigershark generates 180 horsepower and 239 pound-feet of torque. All of the Cherokee’s engines are teamed up with a TorqueFlite nine-speed automatic transmission. To give the SUV superior shifting, the car company upgraded its software.

The Jeep Cherokee easily transitions from a smooth roadway to a bumpy off-road trail. Those who buy the Jeep Cherokee will not only have a vehicle that’s family-friendly, but they’ll also own one that’s ready to rumble on off-road adventures.