The Best Sports Cars You Can Buy on a Budget 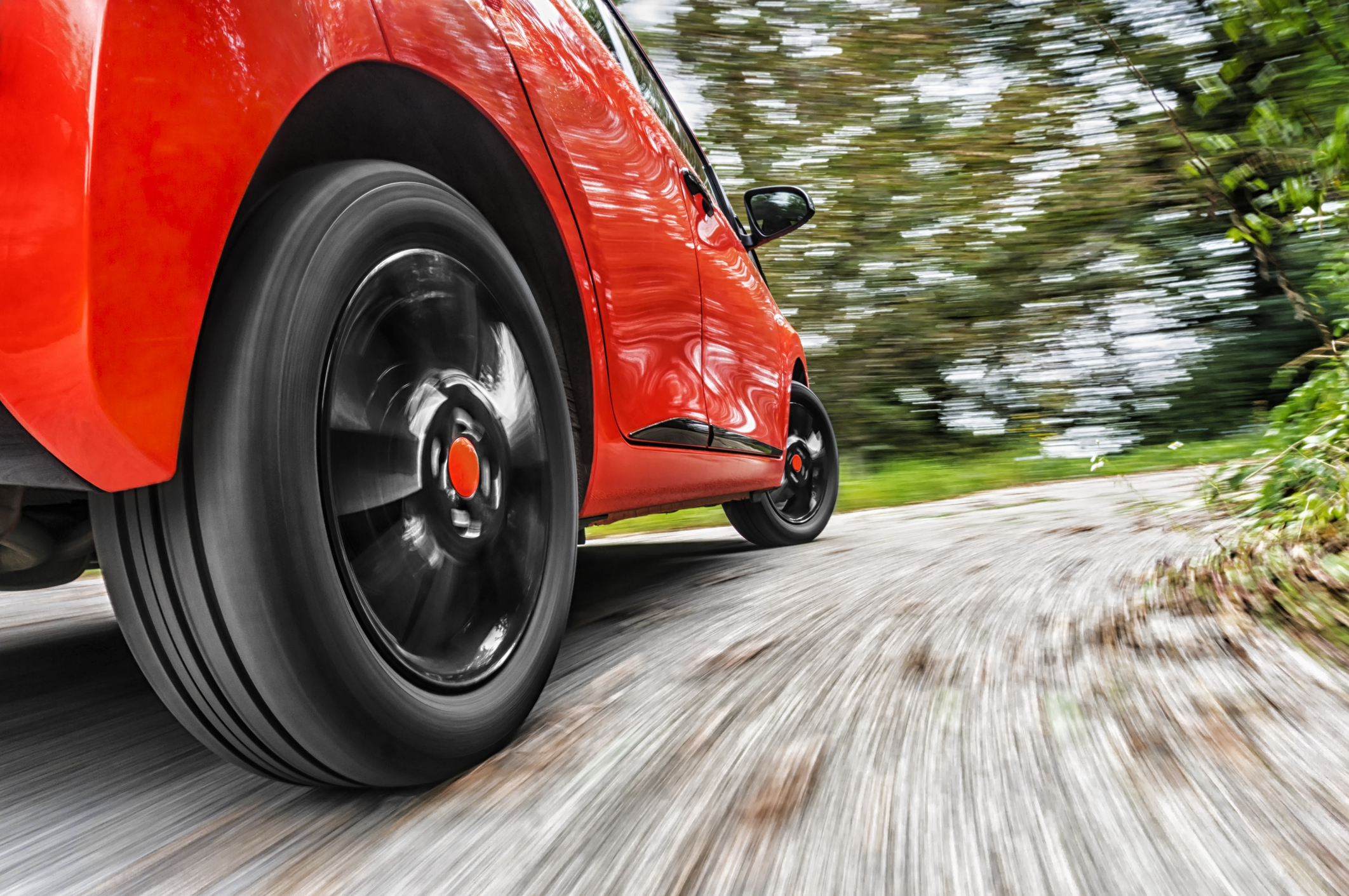 When it comes to sports cars, what first enters your mind?

Most likely, you just thought of a few supercars that cost well over $100,000, if not reaching seven digits. But have you ever thought about cheaper sports cars?

In truth, you can buy a sports car without worrying about mortgaging your home two or three times to afford it.  So, going off that idea, we compiled a list of the best sports cars you can buy on a budget.

For this list, we required each car to fit a few requirements.

So, are you ready to find some budget-friendly sports cars?  Then read along with us as explore some great performing cars at a low price.

This small coup never seemed to receive the appreciation it deserved.  Sure, it sports a small frame; but at the end of the day, no one will deny that these cars ever lacked in the performance department. The 2017 Miata is no exception to the rule.  If nothing else, the newest addition to the Miata family simply enhances everything great about the previous models.

Now, you might be looking at other cars on this list, and think these numbers seem low.  In truth, horsepower and torque are specs that require some context.  In the Miata’s case, it's the car’s weight.  Keep in mind that this car barely exceeds 2,300 lbs.  So, with that light of a frame, the 155 HP is more than enough to help the mighty Miata quickly reach some impressive speeds.

If the performance specs aren’t enough, then perhaps the fuel economy will peak any buyers interest.  The 2017 Miata provides 36-highway mpg.  This number will not only save you a few trips to the gas pumps, but is also pretty impressive for any sports car.

For those looking for a sleeker design, the Miata also comes in an RF model for $31,555.  But honestly, the base model will offer all the performance and design you will ever need.  As far as lightweight convertibles go, the 2017 Mazda Miata offers some of the best performance you will find on the market.

Since the company started producing the WRX, Subaru always aimed to become the best sports all-wheel-drive vehicle in Japan.  Now that Mitsubishi slowed production on its Lancer Evolution, Subaru might be one of the best sports sedans you will find today—especially at this low of a price!

Hardly anyone will be surprised to learn the 2017 WRX offers some stellar performance.  For starters, Subaru equips the new WRX with a 2.0 liter 4-cylinder turbo engine.  As far as specs go, the WRX produces 268 horsepower and 258 lb-ft torque.  In other words, this vehicle moves pretty fast.  In fact, the 2017 WRX drives from zero to 60-mph in only five seconds.

Subaru’s recent WRX offers a six-speed manual transmission.  This car will offer around 27-highway mpg.  Meanwhile, the automatic gearbox option will receive closer to 24 highway mpg, which is decent overall.

Perhaps the best feature of the WRX includes its AWD nature.  This vehicle experiences no problems traveling through most terrains.  In fact, there’s a reason so many rally drivers prefer this car for off-road races.  Keep in mind that with the right tires, this car will easily power through any snow-covered road.

At the end of the day, the WRX offers all the performance you could ever need from a car and then some.  Anyone looking for a smooth ADW experience at a low price should definitely give Subaru’s latest sports car a closer look.

Be honest, you knew the Chevy Camaro would make its way on this list at some point.  This sports car is an American classic.  Since 1967, Chevy always designed this car to act as a dominant force within the automotive market.  And who could ever deny that this car has always offered some of the best performance of any American muscle car?

Even at its base model, the 2017 Camaro offers no disappointments.  Under the hood sits a 2.0 i4 engine. Although this might seem small for a sports car, Chevy more than compensates with 275 hp and 295 lb-ft torque.

If these numbers aren’t enough, keep in mind that the 2017 Chevy Camaro provides all the latest safety features you will ever need.  These range from a rear-view camera to lane departure warnings.

For those wanting just a bit more performance, Chevy offers plenty of upgrades to its 2017 Camaro.  A V6 engine will only break the $30,000 dollar budget by $1000.  But keep in mind that the highest V8 ZL1 model will cost you $61,000, which is far from budget friendly for most buyers.

At the end of the day, the basic Chevy Camaro model will offer all the specs and features anyone could ever ask of a sports car under $30,000.  With great safety features, decent fuel economy, and some exceptional performance, the Camaro satisfies in every possible way.

This powerhouse of a sports car offers two different engines that fit within the budget price range.  Both motors offer exceptional performance. Therefore, pick the one that best fits your needs.

On the other hand, the EcoBoost offers slightly higher specs.  Here, the engine is a turbo 2.3-liter four-cylinder.  But do not let the fewer cylinders fool you; this Mustang is not lacking when it comes to power.  For starters, the car offers 310 hp and 32 lb-ft torque, offering some incredible speed and performance.  Furthermore, this model offers a solid 30-mpg for highway drives.  If that’s not enough, the 19-inch alloy wheels allow for a strong grip during any drive.

The fun does not end with the performance.  Ford promises a safe car, and that is what the Mustang brings—safety.  NHSTA awarded the 2017 Mustang with a 5-star safety rating. Keep in mind that this is the highest rating available.

Much like the Camaro, the 2017 Mustang offers a variety of packages that progressively exceed most people’s definition of a budget car.  But, all in all, both of these basic packages will offer all the performance and safety most drivers will ever need.

Back in 1969, Nissan wanted to offer one of the world’s most affordable sports cars in the form of the Fairlady Z.  Today, Nissan continues that legacy, as the Z-series remains one of the market’s best-priced cars with some exceptional performance.  Sporting a sleek design that never seemed to go out of style, Nissan returns in 2018 with its 370Z.

There’s no denying that this is one good looking car.  But the 370 is far more than just looks.  Sporting a 3.7-liter V6 engine, the Nissan 370 Z offers 332 hp and 270 lb-ft torque.  While this is plenty of power, perhaps the most interesting feature includes SynchroRev Match, which allows the car to shift gears seamlessly and efficiently.

If you want a couple more design options, Nissan does offer a heritage model, which will cost $30,780.  If you want more performance, the Japanese manufacturer also offers the far more expensive NISMO model.

But even with its base specs, the Nissan 370Z offers some impressive performance.  How many other sports cars look this sleek at this price?

The new Ford Fiesta ST might look like a small hatchback.  But do not allow appearances to fool you—this car is packing plenty of performance and power.  Also, at $21,140 MSRP, the Fiesta happens to be one of the lowest priced sports cars on the market (and the lowest price on our list)!

As far as performance specs go, the Fiesta ST contains a 1.6 liter EcoBoost i4 engine.  The car also produces 197 hp and 202 lb-ft torque.  As you might have guessed, these numbers will produce some decent speed, and a great performance.  Also, the handling is some of the best you will find on a sports car. Very few vehicles provide turning that feels quite as smooth as the Fiesta ST.

Keep in mind that this car also offers plenty of fuel efficiency.  At 33 mpg during highway drives, this car will require fewer trips to the gas pumps.

We can gush over performance specs all day, but what really matters for most cars is the safety.  Thankfully, the 2017 Ford Fiesta happens to be one of the safest sports cars you can drive.  The NHTSA awarded the car a full five-star safety rating—this is the highest rating available.  If that’s not enough, the IIHS ranked the car’s safety as “good” for all of its features—again, good is the highest rating the IIHS provides.

Who ever said a low MSRP was the result of a bad car? If anything, the 2017 Ford Fiesta offers one of the best values available for a sports car.  If the low price isn’t doing much for you, then remember that this car offers some stellar performance and some of the best safety features on the market.