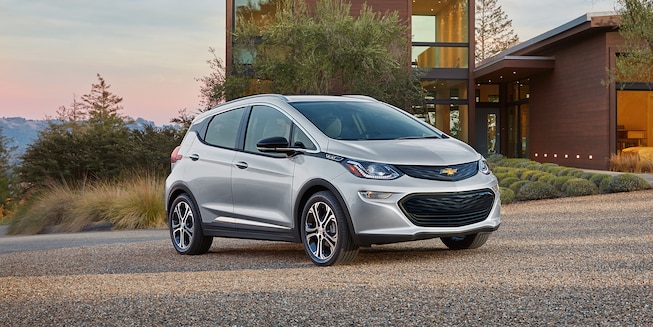 Chevy introduced the Bolt EV in 2017, and since its launch, the vehicle has become a best seller. While people aren’t buying electric cars at the same rate as they are gasoline-powered vehicles, the category is growing. For Chevy, the Bolt is a long-term investment, and it will surely pay off for the carmaker down the road.

The 2019 Bolt will come with a few changes to keep it current, changes like new colors and updated technologies. Instead of offering the electric car in Arctic Blue Metallic and Orange Burst Metallic, the car company is selling the 2019 Bolt in Green Mist Metallic, Slate Gray Metallic Shock. Those who select the Shock shade will pay a little more for it. Updated technologies include adding a new smartphone interface for entering the vehicle and starting it as well as for its operation. This feature will not be available when the model launches, but Chevy will bring it out a little later in the year. The carmaker is also including a Tire Fill Alert feature with the 2019 Bolt. Other bonuses include IntelliBeam, Forward Collision Alert and a Lane Departure Warning system.

Car buyers should consider bringing home the Premier trim model. Those who do will own a car with leather upholstery in addition to a Bose audio system. Drivers will also get automatic climate control, height adjusting front seats and heated rear seats. Four USB ports let the vehicle’s occupants keep their phones charged. It also has Apple CarPlay and Android Auto. The Chevy Bolt has a good size touchscreen, as well as Bluetooth technology.

The Bolt’s 200 horsepower electric motor gives drivers plenty of thrills behind the wheel by delivering a good amount of thrust. Along with this, the car’s low-slung battery makes it feel sturdy while the brakes and steering are smooth and predictable. When traversing curvy roads, the vehicle handles them perfectly without the feeling that can make a car feel tippy. The Bolt’s electric motor operates seamlessly, and it comes with a single-speed direct-transmission that doesn’t need to shift gears.

Inside the Bolt, occupants will enjoy a spacious and quiet cabin. The car’s controls are easy to operate and drivers can configure the instrument panel in three different ways. The vehicle’s roofline is on the tall side. This feature makes it easy for people to get in and out of the vehicle. Those who drive the Bolt will appreciate the vehicle’s visibility. The windows upfront let drivers see past the pillars of the roof while the side windows offer just as much visibility.

Car buyers who want a car that’s eco-friendly should consider purchasing the Chevy Bolt. The vehicle’s advanced technology, interior cabin space comfort features make it a practical and fun car to own.