The Dodge Viper May Slither Away (Literally) 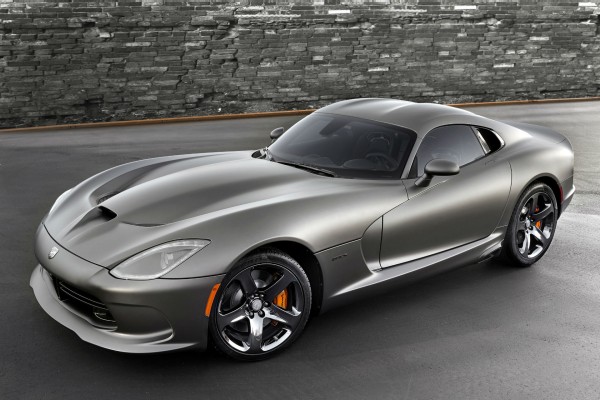 The Dodge Viper has always lived its sorted “life a quarter mile at a time,” and it was not even that great at it. “For ... ten seconds or less, [it was] free...” from traction. Windy roads were never its forte. Chrysler’s flagship was never a talented tearer of the track (though terror is a likely emotion in said situation) as much as a spirited sprinter (though excessively so (i.e. bring extra tires)). The Dodge Viper may have only ever been adept at a straight slither (though, torque steer could take it away from its intended course); it still had a loyal legion of lovers. Which is not unsurprising, it is difficult to deny a 600 horsepower car that cost $100,000 or less. However, this snake is more than big bite and a collection of impressive numbers, it is an anomaly. The Dodge Viper is the only contemporary car in a niché category. It is a stock super muscle car; in two separate senses. In one sense, it is a muscle bound monster with a super (model) car figure (without supercar precision). It is also a muscle car at the peak of its classification; factory fresh. Typically, super muscle cars accomplish that feat ex post facto (see AMG BLACK, Mopar/Allpar and Dom Toretto). However, its small alcove of advocates is all but empty. When it was released in 1992, it was the primogenitor of a private party. The original SRT/10 was a relatively cheap super car with 50/50 weight distribution, and the first all aluminum V10. Those two features, in it of themselves, essentially made it a race car in the early 90s. But what solidified its status was its country of origin. It was an awfully American iteration of a supercar, i.e. a more muscular muscle car. Unfortunately, as time passed, technology and tact became more prevalent in sports cars; even in America. So the heavy hammer of an auto, became a relic of a different era. Because of this, 2010 was supposed to be the Dodge Viper’s last slither, but by May of 2012 all of the major automotive publications had already been clamoring away about the return of the belovéd 600 horsepower sledgehammer. The short lived retirement did well to create some yearning for the auto, but like Michael Jordan’s second return to basketball; it preceded two years of decline. The problem for both Jordan and the Viper, was the increase of competent competition for an anachronistic performer. Jordan had to compete with in form athletes like: ankle killing AI, uninjured T Mac, dunk king Vince Carter, number 8 Kobe (afro included) and playmaking Jason Kidd. Dodge is currently dealing with the likes of a cheaper Chevy Stingray, the benchmark M5, the eternal 911, the notorious Nissan GT-R, and the superlative Tesla Model S. The latest tentative agreement between the United Automobile Workers Union and Fiat Chrysler Automobiles skirted a strike, and is likely to be passed by the rank and file members. However, one of the collateral costs of the negotiations may be the doing away with the slithering torque-snake Dodge Viper. Honestly, it might be the best thing that could happen to what is already a classic. If it continues to try and force itself into a market that has evolved beyond its allure; it will only ruin its well respected reputation. Today, a super muscle car is out of its element in an environmentally obsessed ambiance. But, if the Viper retires with dignity, its fleeting rarity will only reap higher auction bids in future decades. FCA would be wise to wait until the recipe is ripe for exploitation with anniversary and/or limited edition remakes.