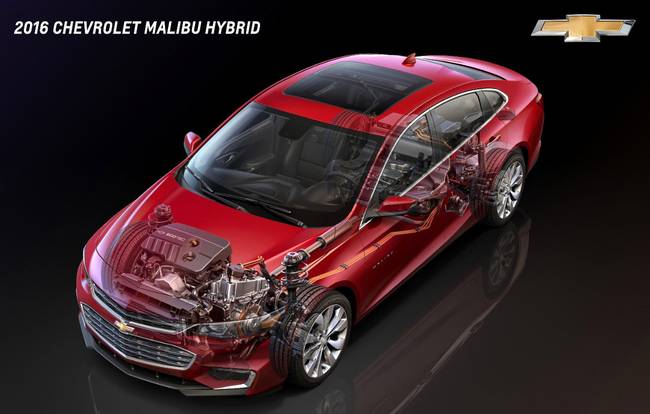 Traditionally, hybrid cars have a look to them; as if trying to tell the world “I sacrifice aesthetics for fuel economy,” but lately models (e.g. Toyota Camry, Ford Fusion, and now the Chevrolet Malibu) have been adding optional powertrains. Honda was the first automaker to add a hybrid option to one of their high volume models. Two years after the Toyota Prius was released Honda tried to jump on the Hybrid bandwagon by adding an electric motor to the Civic, that was not as fruitful as one would have hoped. Reason being: lack of significant gains in fuel efficiency; the Prius was in the 40s while the Civic stayed in the 30s. This shortcoming, set the concept of a normal looking sedan hybrid, back for years. However, now the Market has changed, competitors are no longer shackled to a certain style, as illustrated by the newest hybrid competitor, the Chevrolet Malibu. Not so long ago, the only real hybrid option was the Prius. These were the conditions in which Hybrid Hubris incubated. Because of the sense of superiority associated with Prius drivers, all of the full hybrid autos had a homely look to them. Ocular assaults notwithstanding, the Prius flew off showroom floors far faster than they would ever drive. Thankfully, as of late the hybrid market is skewing away from sole hybrids and leaning towards optional powertrains. Though, the Prius is still one of the best hybrids on the market, due to the value of an ideal fuel efficiency to price ratio (namely the phenomenal Prius C). However, that does not mean it is the obvious option. The: Accord, C-Max, Jetta, Golf, Sonata, Optima, Highlander, Pathfinder, Touareg, RX 350, ILX, A3, E400, 3, 5, and 7 series, even the (relatively) ugly Cayenne and Panamera (among many others); are (at least in my opinion) more optically appealing than the Prius (the C not included, I am a fan of its physique), and they all have traditional internal combustion (IC) brothers. The new Chevrolet Malibu is now joining that very same list; because the redesigned 2016 model now has dedicated hybrid (as opposed to the previous generation’s awful eAssist option). First and foremost, the 9th generation Malibu should give all its competitors (hybrid or otherwise) pause. If for no other reason, this generation is likely the best looking bowtie sporting sedan made since the 70s. Unfortunately however, this new model is still not quite on the Volt’s level. Regardless, the mid-size sedan will average 47 miles per gallon. That stat is primarily made possible by borrowing and modifying Volt tested electric technology. The two-motor electric drive comes straight out of the Volt, and it is paired to a 1.8 litre four cylinder engine. Unique to the Malibu (thus far) is the use of Exhaust Gas Heat Recovery (EGHR), which recycles engine heat to reduce warm up time and heat the cabin. Also aiding efficiency are regenerative brakes, and Exhaust Gas Recirculation (EGR), which without a definitive diagram I can only assume is quite similar to a turbocharger (if only in concept). Beyond beauty, the new Chevrolet Malibu seems to be an outstanding car and Hybrid.