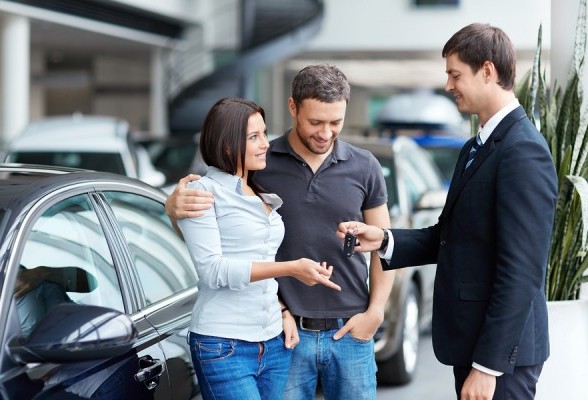 I am glad someone else has thought of this, because I have been saying that this would happen since autonomous driving first became viable; autonomous autos will precede a surge in cars on the road. Conversely, a surge of analysts assumed that the opposite would be true earlier this year. However, the thought process driving this presumption has been deemed the theory of peak auto, and it is not unfeasible. Apparently, many of the analysts came to a similar conclusion after noticing an eerie similarity between the number of auto loans being rejected and the number of mortgages preceding the crash of 2007. In a figuratively simplistic nutshell, the crash of 2007 was due to people; that are typically rejected by lenders; being increasingly accepted for mortgages. Driving that problem further into the extreme was an catalyst... exaggerated by its own catalysts. This all surrounds the decision to legalize Mortgage Backed Securities (MBS). Basically, bankers decided that Mortgages were so safe (as in almost always paid off) they might as well be used as the actual money they represent. This drove them to bundle them together and sell them as securities. It was so lucrative, that bankers were driven to greed. They told lenders to approve as many loans as humanly possible, as far as they were concerned, the loans were the same as capital, because the loans were insured, (credit Default Swap loans (that is why AIG was a driving factor of the collapse)). More loans being approved; was driven by a drastic drop in the threshold as to what an acceptable borrower was. Subprime and deep subprime borrowers became increasingly prevalent. The collective of those predatory loans, became a bomb; the fuse of which, was made up of the Adjustable Rate on many Mortgages (ARMs), as soon as rates went up en masse so did the concussion wave of the metaphorical bomb. Driving the theory of peak auto is the fact that auto loan rejection rates are a third of what they used to be even a few years ago; down to 3.3 percent from what was 10 percent. Admittedly, that is very disconcerting, and it is sure to play a huge factor in the future. However, if that plays out the way Peak Auto-concluding analysts suggest, a drop in cars sold or leased is the least of our problems. If/when that happens, we might be living in a Global Thunderdome. China, Venezuela, Puerto Rico, Great Britain, most of Europe (and the United States?) are all on the precipice of collapse. Just a jab, and they all go down simultaneously. Peak auto (or more aptly, the consequences of the logic behind it) is nudge enough to set it all off. However, there is hope for those that like driving. The automotive industry, is on a facing a similar exaggerated extreme, except they are on the right side of it. While the global economy fears a looming large withdrawal (ignore the exactness, and the tabloid of it all, there are genuinely frightful facts in that article), the automotive market is expecting an injection of immense amounts of capital with the rise of autonomous autos. If handled properly, the ramifications could extend far beyond the driving industry, into construction, technology and transportation industries (at least and most directly). Furthermore, if the workforce is properly focused on the infrastructure behind the autonomous auto industry, it will be a driving force (providing an influx of technical high paying jobs) propelling the economy skyward, the way the New Deal was intended to (and WWII successfully accomplished).