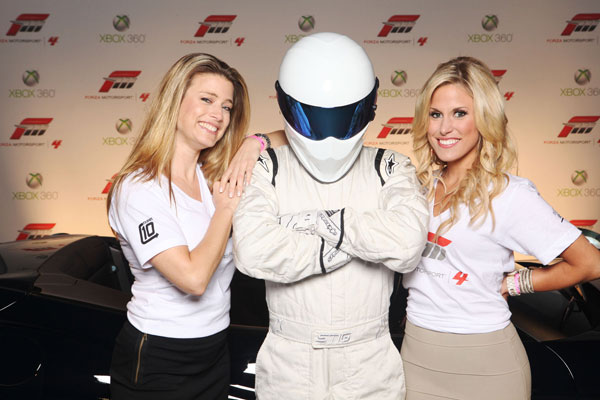 Top Gear is the most successful car show ever. Its weekly viewership was 350 million, before it stopped presenting episodes midseason earlier this year. Since then the future of the show has been open to speculation. Not in that people were worried that it was cancelled, anyone that knew anything about Top Gear knew that it would be back in some form or fashion with or without Jeremy Clarkson. Viewers were fairly certain that Jeremy Clarkson would not be returning to the BBC. Clarkson was the most popular presenter of the British trio consisting of; him, James May and Richard Hammond. Clarkson was also by far the most controversial. He alone has caused countless complaints for everything from his vernacular to his use of props. One of Top Gear’s most famous running jokes is the fact that the Toyota Hilux is indestructible. They have taken Toyota Hiluxes and repurposed them for various adventures; from turning one into an amphibious vehicle, to driving one up to an active volcano, after taking it to the North Pole. The episode that started the joke saw him trying to destroy a 13 year old model that he bought for £1000. It turns out the city of Bristol; where he did the filming; was very angry to discover that Jeremy had deliberately ran into a tree in the city. More so than anything else, Clarkson has been in trouble for his word choice, as it is frequently offensive to large demographics. In one instance, he actually issued an apology due to the way he mumbled the poem “Eeny meeny miny moe.” On many other occasions he simply never acknowledged the problem. But to his defense, some cases have been greatly exaggerated. One particular case being the ‘slope’ joke. On Top Gear’s Burma special they build a bridge across the river Kwai. After they finish the bridge an asian man is seen crossing it. Jeremy says that there is a slope on it; playing into the joke; Hammond responds: the right side is higher than the left. Clearly it was meant to be a clever play on words designed to make the viewer think that a derogatory term was being used. Jeremy then goes further to clarify that what they meant was a disparity of height from the left and right sides; when the man was no longer on the bridge he said they decided to ignore the slope and cross anyway. Because of the various lapses without verbal filter on Top Gear, Jeremy Clarkson was on thin ice. He had also recently gone through a divorce with his long time wife. Some of those closer to him claimed that he was very volatile, prone to fits of anger. While filming what turned out to be the last episode of Top Gear, Jeremy snapped and punched one of the producers in the face, after verbally accosting him. The row stemmed from the fact that there was no warm food available to Clarkson after a long day. After a few weeks of deliberating the best course of action, Top Gear ultimately terminated Jeremy Clarkson from his position, and deliberated how to continue without him. Recently, Chris Evans (a British Radio Personality not the Fantastically Patriotic Superhero) was announced to be the first new presenter of the next generation of the show. However, apparently, before casting Evans the BBC offered Clarkson his position back, after almost a million people petitioned for the star’s reinstatement.