Toyota and Panasonic Team Together to Develop Electric Batteries 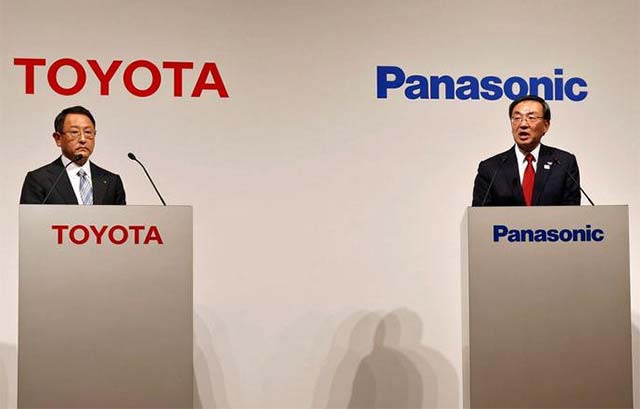 As automotive companies turn their attention to developing new electric vehicles to add to their lineups, other industry giants are looking at modern solutions to common electric vehicle issues. One of the biggest problems developers have to deal with is the capacity and output of electric batteries. Early advancements for electric vehicles always ran into mileage issues, as these vehicles always needed to be charged frequently over short distances. This did not give them the edge they needed to compete with gas-powered vehicles. As technology advanced, however, more and more companies began to work with developed battery technology, resulting in more efficient vehicles that could drive and handle better.

Recently, two major vehicle brands have announced their union. Both Toyota and Panasonic have come together in a new joint venture company, which will not only supply but also develop batteries for electric cars sometime in the near future. This announcement comes a year after a series of deliberations, where both major brands planned for the future of their partnership. According to a Toyota spokesperson, the new joint business venture, which will be known as Prime Planet Energy and Solution, is scheduled to begin operations for future battery developments on April 1. In this joint collaboration, Toyota will have ownership of 51 percent of the company, while the other 49 percent will be held by Panasonic.

Both companies are planning on pouring resources into the development of safer and more cost-efficient batteries for electric vehicles. The joint venture will specifically focus on the manufacturing of prismatic lithium-ion batteries. These batteries are becoming more and more popular with automakers of electric vehicles. When these batteries are compared to the standard cylindrical batteries, they are much easier for packaging and connection purposes. Their shape is meant to resemble a prism, which has a much more ergonomic design for the long-term.

Though developments are to be headed by the manufacturing giants, Toyota is not planning on keeping all of the batteries for its own use. Representatives of this new company have said that they are planning on supplying their batteries to other customers apart from Toyota. In addition to prismatic batteries, the brand is planning on researching and developing solid-state batteries, one of the most valuable assets in the electric vehicle industry.

Solid-state units are widely sought because they are much more stable than their lithium-ion counterparts. They provide a greater amount of overall energy density, which results in more efficient mileage. Through the development of these batteries, automakers believe that they can change how all-electric cars perform regarding their performance and range. With such promising developments on the horizon, it is no surprise that so many customers are looking forward to seeing what these industry giants can do.