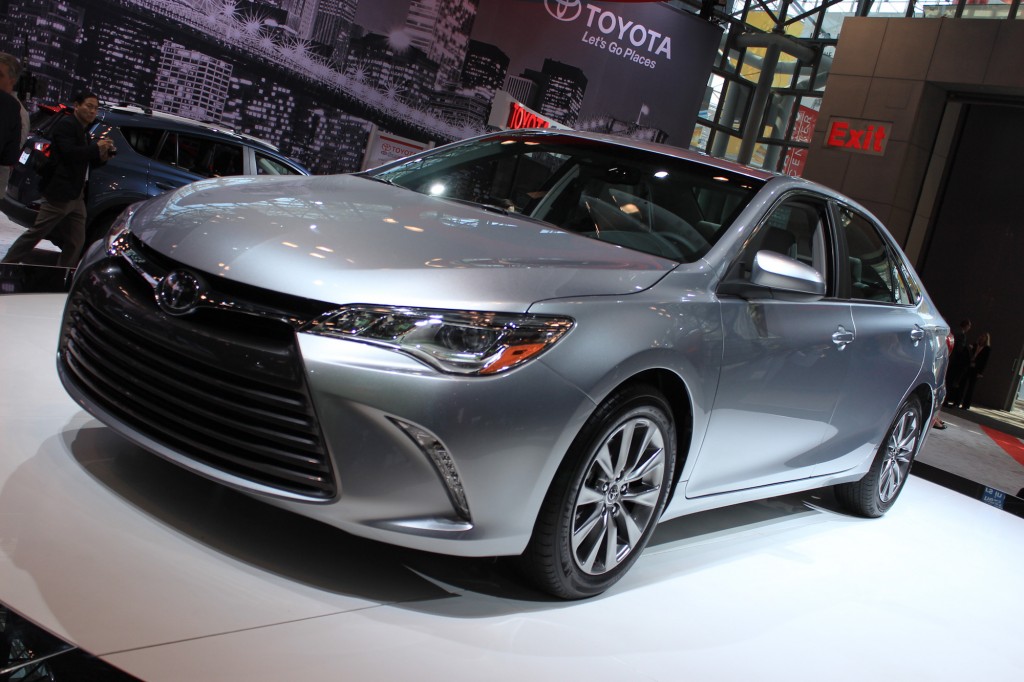 It's no surprise to many Americans that the Toyota Camry topped the list as America's best selling car in 2015. Toyota, the world's number one auto manufacturer, is a favorite of many consumers for their offerings of reasonably priced models across a variety of styles with extensive feature options. In addition, the Camry and several other Toyota models have received the IIHS Top Safety Pick and Top Safety Pick Plus ratings during multiple business years, a trait that the public finds highly desirable. The Toyota Camry was first manufactured by the global giant in 1982 as a compact car. Over the years, the model evolved into its current designation as a mid sized vehicle. The car has gone through many different styles over the years to meet safety standards, trends and consumer demands. The current model, the XV50, is a 4 door sedan which offers buyers three engine choices: 2.5 liter four cylinder hybrid, 2.5 4 cylinder gas and 3.5 liter V6. In 2015, the Camry claimed the coveted spot of most American made car thanks to over three quarters of the popular model's parts and manufacturing being sourced from the United States. Interestingly, the model's name comes from an phonetic transcription of 'kanmuri', which means 'crown'. The Anglicized name was a hit with American consumers, and so it stuck. In Japan and some other Asian country, the model that Americans know as the Toyota Camry is sold under the name Daihatsu Atlas. This began with 1996's XV20 model of the sedan.

As a car manufacturer, Toyota continues to dominate the market in America and internationally. Not only is the company the world's largest auto manufacturer, but as of July 2014, they were the largest company in Japan as rated by market capitalization. The massive nature of the organization doesn't stop there; the massive manufacturer is also the 11th largest company in the world by revenue. The company's humble origins date back to 1924, the year in which Sakichi Toyoda invented an automatic loom with an automatic error stopping feature that would later be implemented into Toyota's production system. When Toyoda patented his creation, it was purchased by an interested British company. This gave the multinational corporation's original founder the start up capital to begin producing cars through a division of his Toyoda Automatic Loom Works. The rest, as they say, is history. The Toyota Camry has consistently been among the top selling cars in the United States for over ten years, and the popular model shows no signs of slowing down. New innovations in safety, design and technology will allow the model's global auto producer to continue to evolve the Camry in ways that keep it in high demand.