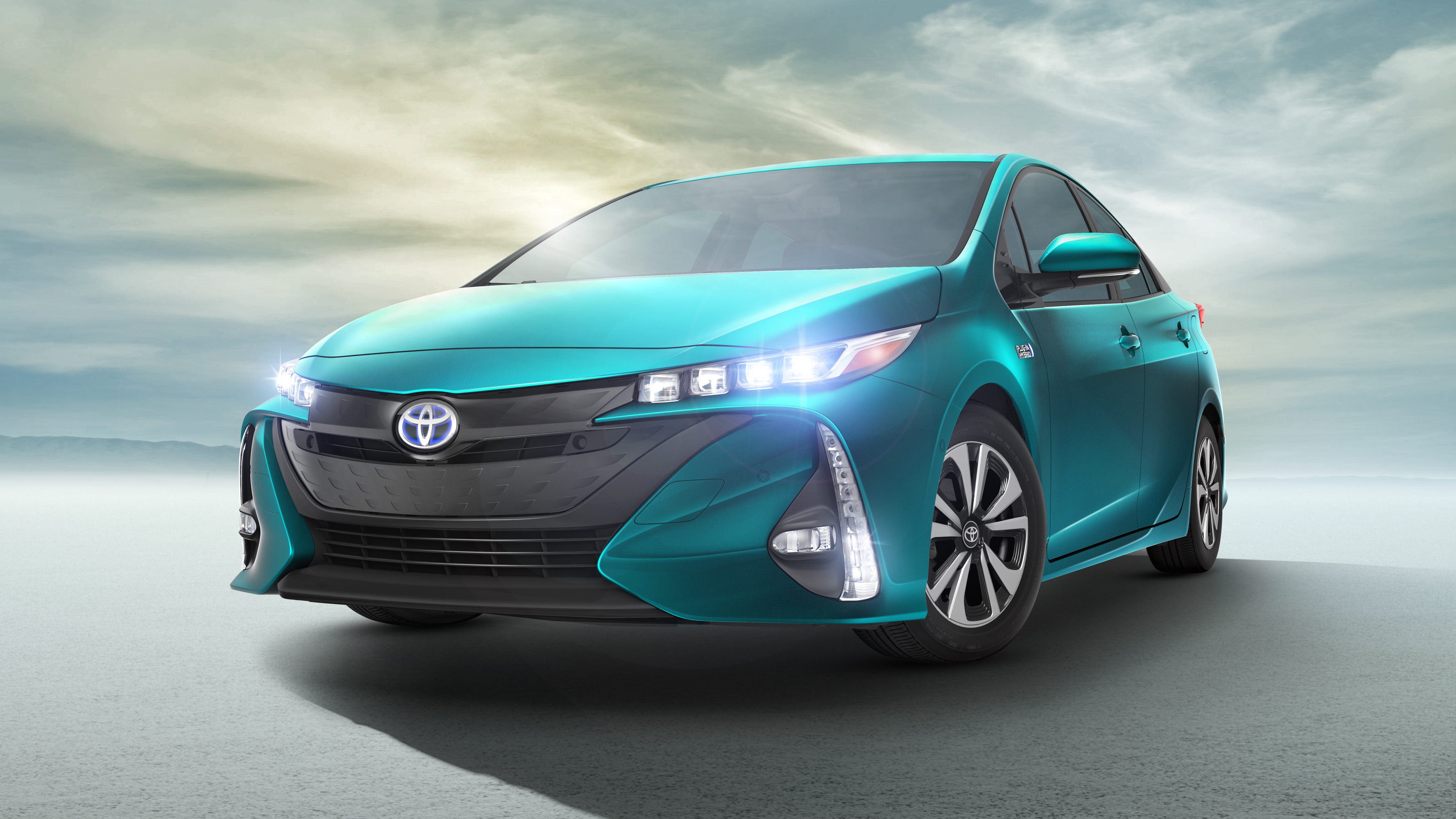 Toyota used the 2016 New York International Auto Show as a venue to debut their impressive new Prius Prime. The New Plug-in Hybrid is a replacement for the Prius plug-in, which was always going to be a low volume and small demographic car. As of right now, only those people in: Arizona, California, Connecticut, Hawaii, Maine, Maryland, Massachusetts, New Hampshire, New Jersey, New York, Oregon, Rhode Island, Vermont, Virginia, and Washington can buy a plug-in hybrid Toyota. Thanks to the 2017 Prius Prime, by the end of this year anyone in the US will have the option of buying a plug-in hybrid Prius. Most impressive about the prime new plug-in, if the fact that it no longer switches to gasoline by default under heavy acceleration. That means, that it might match its rival at Chevrolet, the Volt’s stupendous eco-acceleration. For those that may not know, one of the greatest benefits of an electric powertrain is instant peak torque. Just with those two advantages, it is an infinite improvement on the previous Prius generation, which was a dreadful combination of boring, bland, absent from state sales. The Prime is not even done bragging. The 2017 plug-in Prius, is the most gas efficient hybrid to ever reach production. It not only has the highest hybrid MPG, it also has the best MPGe of any car ever. There are quite a few factors that amalgamate to accomplish that feat. Toyota starts with a 4 cylinder 1.8 litre engine with that achieves a thermal efficiency of 40 percent. An extensive use of recycled exhaust gas makes that level of efficiency possible. For perspective, that is over 30 percent more economical than the typical 30-ish percent thermal efficiency of most cars. Unique to the 2017 Toyota Prius Prime is an innovative new Synergy drive system, that uses the power generated by that small engine in two ways. The Hybrid powertrain uses the Atkinson cycle engine as a range extender for the now larger (8.8 kWh) battery, while it concurrently propels the car. That allows the Toyota to optimize for efficiency. If the trip turns out to exceed the Prius Prime’s now doubled all electric range, the car can seamlessly switch away from full electric power; to employ the little internal combustion engines help; without necessitating the driver’s input.

The Toyota Prius Prime, has also gone under the scalpel, for a facelift. Aesthetically, the changes are a step back in my opinion, but aerodynamically, it is amazing. The vents on the grill will shutter close; to aid its drag coefficient; if the radiator does not need airflow. Furthermore, the Prime has rare aero sculpted back window that uses a concave curve to improve aerodynamics. To changes on the surface, the Prius Prime has one of the lowest drag coefficients of any sedan in production. But, the hybrid also shed quite a quantity of weight, by using lighter and stronger materials below the surface. All together, the new plug-in Hybrid Toyota will achieve 120 MPGe for a total range of over 600 miles.