Toyota's Relaunch of the Avalon 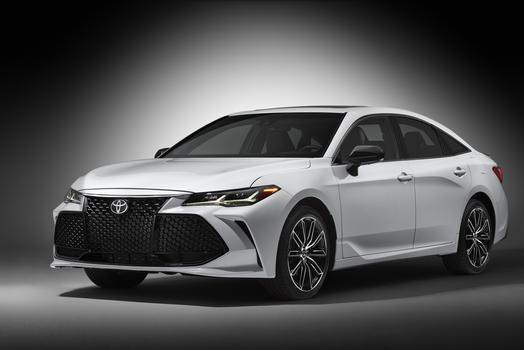 Toyota has been well known for its sedans such as the Camry and the Avalon, as well as its luxury Lexus brand. The Toyota Avalon has been available in the United States, Canada, Puerto Rico, and the Middle East since 1994. It was also sold in Australia from 2000 to July of 2005 when it was replaced with the Toyota Aurion. Although the market trend has been toward crossovers and SUVs, Toyota Motor Corporation still has faith in its Avalon sedan. So much so that it has redesigned it for 2019, revealing it at the 2018 Detroit Auto Show in January of 2018. With the 2019-model year Avalon, this full-sized sedan will be in its fifth generation.

Chief Avalon engineer Randy Stephens believes that technology and innovation have played a large role in being able to put a newly redesigned sedan on the market, allowing the company to forge a way into the future for the entire Toyota brand. Stephens went on to explain that the new Avalon will be more sporty in appearance than previous models. It will feature a long wheelbase and a wider look, yet still, embody the proportions of a classic sedan.

Following in the redesigned Camry’s footsteps, the redesigned Avalon is being built on the same next-generation K sedan platform. In fact, it is the first of the vehicle platform to be completely immersed in the Toyota New Global Architecture. This means that performance, fuel economy, and even safety can be dramatically improved without compromise. Stephens says it is a regeneration that he has not seen in over 25 years.

This information was released just as Avalon sales fell in the U.S. by 30 percent down to 30,156 through November of 2017. Even though sedans are the auto industry segment that is the most rapidly shrinking, AutoPacific analyst Dave Sullivan notes that the Avalon is an obvious choice for a makeover in the sedan market due to its loyal customer base and its longevity.

Since redesigns and developments for sedans have taken a backseat to SUVs and crossover vehicles, Toyota sees the sedan market as ripe for a redesigned Avalon. As other automakers focus on SUVs, crossovers, and even autonomous vehicles, Toyota is seizing the moment to propel one of its best selling vehicles of all time.

After its redesign, the Toyota Camry saw sales increase by 24 percent up to 34,991 units in November of 2017. Toyota hopes this will continue to drive its success as U.S. sales increased by 2 percent to 1.9 million vehicles through the end of November 2017. Overall increases included sales rising 0.2 percent with 2.2 million vehicles sold over 11 months. We are still waiting to see what the redesigned Toyota Avalon will do for future Toyota sales.