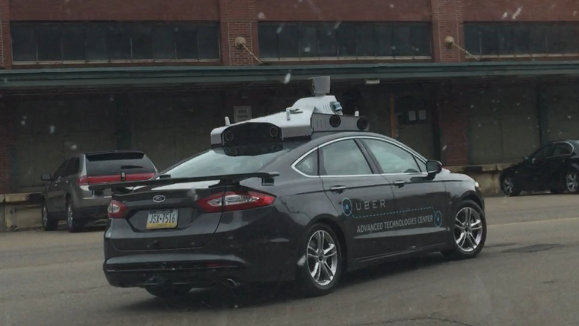 Uber is the biggest of the main ride sharing companies. Ever since it officially changed its business model from a being a black car taxi service to a ridesharing company, it has jumped from headline to headline. It is not only flattering stories either. They have had huge crimes and controversies surrounding the company, but none of the bad press can stop Travis Kalanick’s gravy train. If his latest market research proves fruitful than that trend will continue exponentially. Uber has joined the race in which Tesla and Google are the front runners, the race for an autonomous car. No matter your personal opinion on the man, Travis Kalanick has expertly built his company into an 18 plus billion dollar entity. To accomplish this, he has not necessarily been an innovator in the market, more than anything, it has come down to his almost ruthless rationalism. He himself has stated he is not interested in making friends, and no one has ever been more serious with those words. There are countless examples of his alleged douchiness. When asked jokingly asked about his new-found desirability from the fairer sex, he referred to the effect as “boob-er...” in the third person at that. He has also used the phrase hashtag winning to describe his own strategies. He has even flaunted his telling an ex-customer essentially; “I do what I want” on his Facebook, prefaced by: get some popcorn. All of these transactions totally on record, no shame involved. Now this doesn’t exactly speak to his ability to run a company, but it is cringe-worthy. When it does come to his ride sharing baby, he is decidedly more forward in his approach. He was the first of the ride sharing apps to offer deliveries (UberRUSH) and now he has gone further. An autonomous car with Uber badges has been sighted in Pittsburgh, so the company has officially joined the self-driving car race with tech giants Tesla, Google, and (allegedly) Apple Inc. If successful, he will cut the most expensive aspect of his business out, and no longer will he have to do whatever it takes to destroy his competitors. Before the sighting in Pittsburgh, reports of his less than amicable business tactics were the flavors of many months. Reports of employees calling and canceling rides with his competition, and sending in brand ambassadors to use his competitors services in the interest of poaching drivers. His price surging is commonly referred to with a more derogatory synonym: price gouging. Though, in his defense, it is easier to entice your drivers to hit the streets with a nice stack of money on a string. Even better still; if you don’t dip into your personal profits while doing it, instead charge customers $360 for a 60 block drive: hashtag winning. Kalanick is by no means a monster (just a character), especially when compared to established companies that have unarguable body counts (I am looking at you GM and Takata Corporation) stemming from actual negligence. However, hopefully now he won’t be quite so much fire and brimstone. Even if Uber doesn’t win the autonomous car race, just joining puts him light-years ahead of his competition.