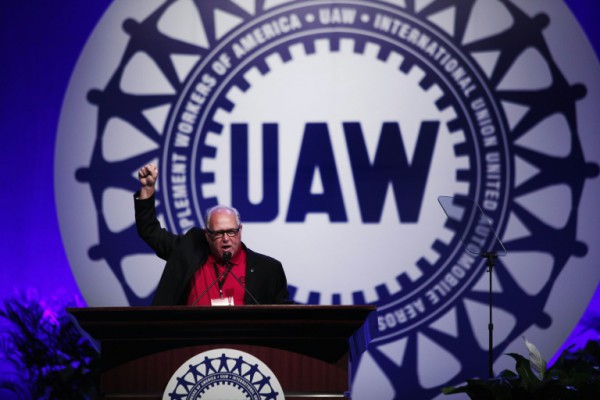 The United Automobile Workers (UAW) Union is well past the September 14th, 2015 deadline for finalizing the Labor Contract, that is to be implemented for the next four years. Thus far, only Fiat Chrysler Automobiles (FCA) is actively engaged in negotiations, the other two members of the Detroit Three (General Motors (GM) and Ford) are in a hiatus waiting for the least financially flexible of the three automakers to reach an accord before seeking one themselves. A few days after the deadline, and the UAW representatives reached a tentative pact with FCA. Unfortunately, that deal is dead, it was overwhelmingly rejected by the real rank and file workers. It was rejected at the end of September; a week later, FCA is facing calls for a strike by the United Automobile Workers, which might cripple production. The point of contention between workers and Auto Groups are the substantial compromises made by the UAW after the Dot Com Crash and more so the Housing Market Crash. In the late 1990s, UAW workers were earning wages well over their current ones, the total cost for Benefits and wages for Chrysler workers 1999 was double what it was in 2014. Using the same two years as markers, GM’s rate was almost three times higher in 1999. Not to mention, that it was and still is more twice what Chrysler workers receive. Ford on the other hand, had a more modest incremental decline. Granted, the factories were not quite as automated yet, so the wage difference might not be quite as ample as expected, because there were likely more workers. Though, with the increase of total production numbers, and the fact that the numbers have not been adjusted for inflation, the automation factor could consequently be considerably less significant for individual worker wages. Overall, the cost for worker wage and benefits went from about $4,170 per car made to around $1,770 per car today. Car Companies claim that their margins suffered severely strangled them in those days, and thusly are worried that if the wages increase that they will struggle to stay afloat. In Sergio Marchionne’s defense, that might be true. His company; FCA; while having performed a preposterous return to prominence has done so by cutting corners in every imaginable fashion. To further his brand, Marchionne desperately needs to fund future endeavors and enhancements. His fleet is by far the most outdated of the major automakers, and his company has been plagued by recalls. If he cannot find funds the FCA brand will be forever tarnished. Hopefully, he can yield high profits from the upcoming Ferrari Initial Public Offering (IPO), but that alone will not be enough, only 10 percent of the Supercar maker is being offered. He needs to retain as many profits as is possible; to be able to afford Research and Development (R&D) for future models while improving existing factories. Regrettably, Marchionne is marching up hill in that battle (but he is used to that (COUGH (GM Merger) Cough (Repeated Replays of Rejection) COUGH)). However, the United Automobile Workers only see increasing profits and decreasing wages, so unless FCA sweetens the deal they might strike. Mostly due to major concessions in recent post recession negotiations, tensions (especially from younger and entry-level workers) are bubbling over. They are hoping to reverse the reductions in revenue sharing policies. UAW at the Sterling Heights Factory put together a comprehensive list of grievances. There is friction over the prevailing two tier pay structure; the lack of a cap on lower waged workers (they were previously promised a 25 percent cap), and furthermore the absence of a fast track to tenure (tier 1 pay). They also had a disdain for: the decrease in signing bonuses, the removal of both the annual bonuses for retirees and the Cost of Living Allowances (COLA). They also had issues with work attendance being too rigid, no overtime after 8 hours a day, loss of sick days, and their vacation time being taken by the factory cool down in the summer. Lastly, they had benefit issues: long delay before workers are eligible for vision and dental, and the fear that the upcoming Healthcare Co-op between all three Detroit Automakers would yield rates for the workers. Hitherto, it does not seem that the FCA, is going to budge on their deal. Therefore, a strike might be the only bargaining chip the United Automobile Workers Union has left. If the workers organize a walkout, FCA look to lose $40 million in operating profits a week.