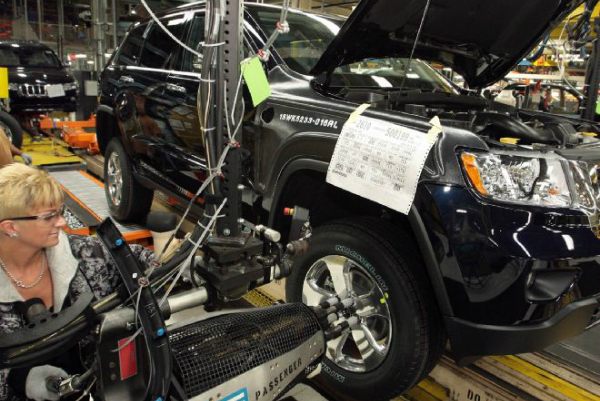 The United Automobile Workers (UAW) have just vetoed the tentative deal with with Fiat Chrysler Automobiles (FCA). The initial reports are not flattering for the already struggling Automaker. Earlier this month, the FCA reached a tentative agreement with the head union representatives, as information trickles in about said agreement, the more doomed it looks. Well over half of the factory laborers cast their vote in favor of rejecting FCA’s proposal, so it seems the United Automobile Workers Union will have to return to the negotiation table before an accord is reached (and I doubt Honda will help). The deal in question is the most monumental in many years. This deal will set the pace for the other major Detroit Automakers. Not only, but after years of relatively pre-decided negotiations, this is the first time the United Automobile Workers Union has rejected a proposal since 1982. And, it was done in quite an amicable fashion. Hyundai workers have had mass strikes in recent history. The aforementioned proposal would set basically four different payment tiers. Entry level workers would have their pay increased to anywhere from 17 to 24 dollars an hour. With raises, their salary would cap out at $22 to $25 by 2018. Veteran workers receive no increase to the $28 an hour, but they also qualify for incremental gains up to an hourly $30. The other two categories of earners are Mopar and Axle operators. They both earn at least $22 an hour, with the latter making marginally more. The United Automobile Workers rejected FCA’s proposal on a few grounds. First, they claimed that the minimal raises were insufficient when considering the company’s increased success. In the same vein, they were disillusioned by the lack of a cap on entry level workers who get up to $11 less than veterans. Workers also voiced a concern on the handling of retirees and those with alternative work schedules. The decrease in ratification bonuses was not mentioned, but it might have played a factor. As little as makes no difference to, two thirds of the union members dismissed Sergio Marchionne’s proposal. Gary Chaison is putting the onus of rejection on the UAW Union Representatives for not adequately preparing them for the token raises. However, it should be mentioned, that these entry level rates are just above the cost of housing in the states of their employment. The whole point of a Union is to ensure that workers are getting appropriate pay for strenuous work, it is not unreasonable for them to expect a larger increase after their colossal concessions after bankruptcy asterisked negotiations. Bankruptcies that have resulted in billions in net gains for the automakers. FCA is “disappointed” at their rejection (who wouldn't be), but the United Automobile Workers Union has to look out for its best interest, they cannot accept just any automakers advances. As of now it is unclear when negotiations will resume. However, it will likely be soon, as it is unlikely that the UAW will move on to Ford or GM (General Motors) before finalizing with Marchionne.